Paul Depla: We cherish our talent and want to distinguish ourselves from the rest

The Mayor of Breda, Netherlands on the importance of cultivating talent, innovation and creativity 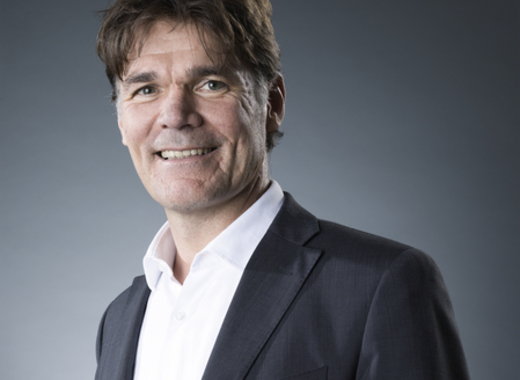 Breda is a city with 184.000 inhabitants and the ninth largest city in the Netherlands, winner of the Access City Award. Dr. Paul Depla has been Mayor since March 2015. Before he was Mayor of Heerlen for 5 years and Alderman in Nijmegen for 10 years.  As an Alderman, he was, amongst other things, responsible for urban development and sports. Paul Depla has studied political science and has been promoted on the Tilburg University. His PhD-thesis is on the renewal of the local democracy.

Mr Depla, Breda has set an ambitious goal of reaching carbon neutrality by 2044 – earlier than many European cities. Furthermore, you want to expand business parks as means to foster innovation. What other measures are you implementing in this direction?

We have opted for a clear profile that is in line with the development of our innovative business sectors and knowledge institutions present: Breda hotspot for applied technology and creativity;

We develop testing grounds and innovation clusters. This gives companies space to try and test innovation. Examples are Breda Robotics and the Livable City theme in Logistic Community Brabant. The latter concerns urban mobility of the future;

We encourage the development of locations where companies come together and where the application of technology and creativity actually happens;

We have a coherent approach for startups and scale-ups. This is done in collaboration with the West-Brabant region (Rewin) and the Brabant Development Agency;

We cherish our talent. We are working on the surprising city: where we capitalize on the talent of tomorrow. What kind of environment do they want to live and work in and what facilities does it appeal to? This of course together with our knowledge institutions.

What steps does positioning Breda as 'International Switching City' involve? Why is it important?

The world is changing rapidly and globalisation is on the rise. People are migrating more and more to cities. Urban expansion, however, is not to be taken for granted. People choose to live in cities that differentiate themselves. Where the living, working, recreation and business climate are good. Where people work with vision and eye for the future.

Now and in the future, Breda wants to be dynamic, economically healthy and appealing. And whilst doing so, remain relevant to its inhabitants, visitors, students and the business community.

We felt the strong need for a shared vision to be developed to meet these ends and to enable us to present and represent a strong and distinct story and identity together as a city. That’s why we have defined the ‘story of Breda’.

Breda is more than just a name of the place where people live. Breda has ambitions and wants to distinguish itself from the rest. ‘Breda’s story’ started in early 2016 when the whole city participated in a project to describe the city’s strengths and to identify the things that Breda represents. Trend studies, interviews with ‘city makers’, workshops with target groups and a general wide based assessment led to the pinpointing of three unique qualities, three ambitions and the brand promise of Breda. A promise that came from the city’s heart. ‘Breda brings it together’.

How do you finance innovations, considering your objective of sound budget and decreased local taxes?

This is an interesting question. We are well aware that our ambitions in Breda are very high. But what would be the worth of our ambitions if we know in advance that we will achieve them?

Cities make the difference. Breda is a city with a lot of potential (we have gold in our hands). And with the current economic tide that is (still) going well, action is needed now! If we don't set our ambitions high right now, we may have to wait another ten or fifteen years.

To achieve our high ambitions the main challenge is not about public costs, taxes and finance, but the actual need for innovation! Scarcity stimulates innovation. It encourages people to think about their role in fulfilling the local ambitions and to new methods of cooperation between community, businesses and government. No longer a government that steers and pays, but one that stimulates creativity and makes innovations possible.

To achieve our goals we have to sail sharply with the wind and stimulate residents, organizations and businesses in the city but also ourselves to be groundbreaking. We inspire partners and stakeholders to join and create new opportunities by setting appealing, clear ambitions (story of Breda: 1st European city in a green park, 5 Breda embassies worldwide e.o.)

We seek unconventional, innovative connections and creative solutions. In fact, we want to lead the way and fully experiment with this. Some examples: Vuelta and 1st European city in a park. We show guts and love for the city and its inhabitants!

For instance, look at the major development areas in Breda. And the way in which we bring education and companies together to commit them to a strategic development agenda together with the municipality.

Or in the field of climate ambitions, how we let the interests of suppliers, companies and end users converge in order to ultimately share costs.

Could you share with our audience more about the new slogan – Breda brings it together (Breda brengt het samen) and the rebranding of the city? What image of the city do you promote?

Breda has diversity and togetherness in its DNA. A city that dares to think differently and has been doing so for almost 800 years. A city that connects on a multitude of levels:

TheMayor.EU is a portal that showcases the best governance practices at the local level and helps the mayors of the European Union discover new approaches to common challenges. How can this be useful to your administration?

Our process of policy making is based on co-creation. We believe in sharing knowledge, experiences and inspiration with our inhabitants and our partners. That’s the main reason why we also believe that sharing on a European level is very important. We actively participate in the European arena. In European cooperation projects, European networks, European Awards and European events. Europe is our home and future.

What are your plans in terms of the cooperation and internationalization of Breda?

We have big ambitions, we want to reach out to 5 metropolitan areas in the world where we can exchange knowledge, work together and show people how good it is to invest, to study or to visit our city Breda. Besides that ambition, we work together with our Provence in several areas in Europe and the world to explore and foster business for our companies, to attract new businesses and investments and to stimulate innovation. We work together with companies and knowledge institutions and NGO’s in our city to define our goals.

What other good practices and innovations from your municipality would you like to share with our audience?

There are some suggestions. We have several good practices of inhabitants defining new business models in the sharing economy. We, for example, clean our neighbourhoods together and we have a local farm, owned by our inhabitants themselves. The biggest privately owned solar power field in the Netherlands (6.700 solar panels) was realized in Breda. We also have a digital platform for creative ideas in our city, so we can develop innovations faster. In this way we share public tasks and learn from it.

And finally, the city received last year a prestigious recognition for its accessibility by the European Commission. What is it due to?

Yes, in December Breda won the Access City award 2019. We believe that if you want to be an accessible city, you have to be accessible for everyone. You cannot simply look for ways to be attractive to tourists without having made the efforts to provide suitable conditions for people with disabilities or the elderly, for example. This is what the open and accessible city really means.