Port of Trieste to be developed thanks to 45.5 million EU support 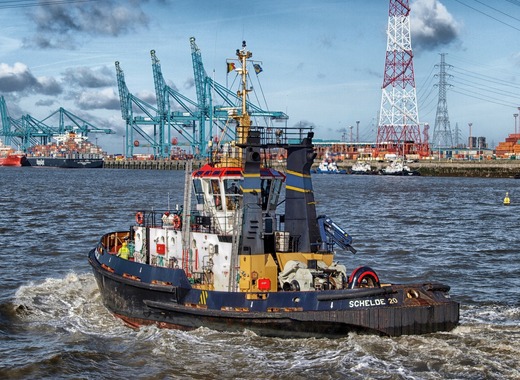 The European Union is financing the development of the Port of Trieste with funding worth 45.5 million euros. The European Investment Bank has already signed a 39 million euros loan with the Eastern Adriatic Sea Port Authority. The Italian port will also receive 6.5 million euros in EU funding via the CEF (Connecting Europe Facility) as part of the TriesteRailPort project.

Trieste is the first Italian port to have its own internal rail system, spanning a total of 70 km and connected with the national and international rail network. This enables all the docks to be served by rail, with the possibility of freight train assembly directly at the various terminals. Every month more than 400 trains connect the Port of Trieste with the manufacturing and industrial areas of north-east Italy with different central European destinations including Germany, Austria, Czech Republic and Luxembourg.

The project supported by the EIB includes two components, both linked to the increased capacity and efficiency of rail operations in the service area of the port:

The project will create around 400 new jobs per year

The project is part of the EIB’s traditional areas of activity both as a trans-European transport network project and supporting climate action investments. The implementation of the works will create around 400 new jobs per year.

The European Union is supporting directly the financial instrument designed to enhance the quality of transport, energy and telecommunications networks across Europe.

This financing operation shows the interest and attention being paid by the EU in the Port of Trieste, a strategic and dynamic hub that is investing substantial resources in rail, which is a sustainable mode of transport.