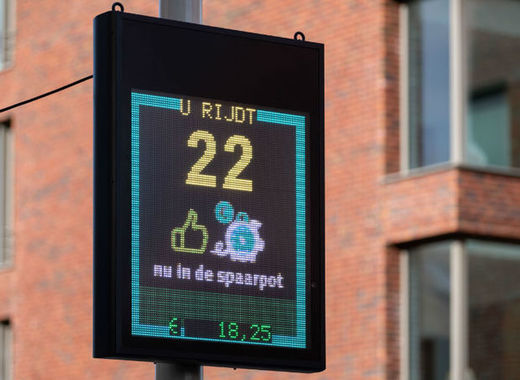 Źródło: Speedometer. Photo by Arnaud Roelofsz / City of the Hague