Waning old powers and new kingmakers - the EU of tomorrow 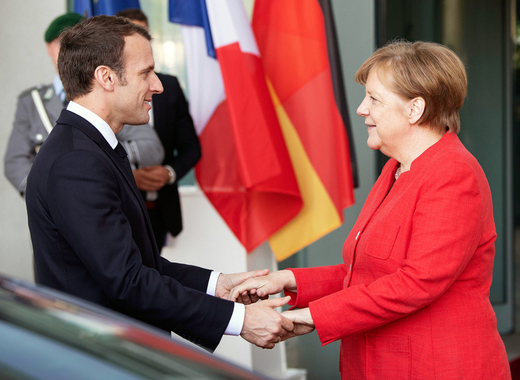 If you thought that the post-EU elections political landscape would become easier to navigate, you’ve got another thing coming. With MEPs taking up their seats in the European Parliament, the different political groups have been reorganising themselves in an effort to rebrand, expand their influence and shake-up the status quo. At least some of them. Some countries are also flexing muscles – like Spain, while others are feeling like shadows of their former selves, much like Italy.

Heads are now completely turned to the most important question – Who will take over the top jobs when the current incumbents’ mandates are complete at the end of October 2019. This massive horse-trading exercise will most likely take up months and it’s absolutely certain that no one will be completely content with the results. Up for grabs, as is the case every 5 years, are the presidencies of European Parliament, Council and Commission, as well as the post of High Representative for Foreign Affairs. For the first time ever, however, there’s an extra gimmick – the end of the 8 year-mandate of the president of the European Central Bank has coincided with the period after the European Parliamentary elections.

Perfectly balanced, as all things should be

Achieving balance is the primary goal of any negotiations within EU institutions – north-south balance, west-east balance, small country – big country balance, party balance, gender balance etc. Political discussions often revolve around the need for everyone to be represented and not to feel slighted. For the past couple of years, this balance was illustrated in Italy holding 3 of the 5 big seats. Antonio Tajani, member of the EPP and Forza Italia, presided over the European Parliament, Frederica Mogherini, member of the Democratic Party and the S&D was the EU’s High Representative for Foreign Affairs and Mario Draghi was chief of the ECB. But for Italy, reality is often disappointing and their grip on the EU’s institutions will almost certainly disappear. The situation we currently find ourselves in will certainly demand flexibility and will test the patience and compromise skills of everyone involved.

The situation in Parliament

Parliamentary arithmetic became far more complex compared to previous years following the election results. For the first time ever, the heavily fragmented European Parliament is unable to produce a majority between the centre-left and centre-right parties. Thus, parliamentarians have to get creative and find new solutions to a centuries-old problem – who gets what. As part of an overarching theme of change and disruption, some parties and political families have decided to change up the game.

The biggest winner of the elections were the centrist liberals – the now former ALDE – Alliance of Liberals and Democrats for Europe. The influx of French and UK MEPs significantly bolstered their forces, placing them comfortably in the third spot with 108 seats. A side-effect, however, was the French demand for the name of the group to change. The goal of president Emmanuel Macron was for the word “liberal” to disappear – and so, “Renew Europe” was born.

On the far-right of the hemicycle, Matteo Salvini’s alliance of nationalists and eurosceptics also rebranded itself into “Identity and Democracy”. As we mentioned in our previous analysis on the far-right, efforts to unite such parties were unlikely to bear fruit. At the end, the ID has a total of 73 MEPs, placing 5th, a few members behind the Greens.

It is nigh impossible for any coalition or alliance to exist without the seats of the liberals. They have the numbers to tilt the contest in any way they desire and can attempt to strongarm other parties for some of the top posts. French president Emmanuel Macron is styling himself the kingmaker of this parliament and his group will do anything in their power to secure as much influence as possible.

As reported by Politico, murmurs within the European Parliament indicate that the president of what was until recently known as ALDE, Guy Verhofstadt, is aiming to secure the top parliamentarian job for himself – as a part of a deal between Renew Europe and other potential coalition members for the rest of the posts. Any attempt to sideline the 3rd largest party within the EP is unlikely to be successful as without them, any coalition will be so fragile that it won’t last. That is, unless someone bends over and brings the far-right and the Eurosceptics into the fold.

The uncomfortable reality for leaders of EU member-states is that they will have to propose a candidate for the presidency of the Commission who can secure a majority in the European Parliament. EPP heads of state will be unable to push through their own Spitzenkandidat Manfred Weber. Not only are they severely outnumbered by liberals, socialists and other prime ministers but their candidate is also widely disliked among MEPs.

To solve this impasse, officials across the EU figured out a new way to navigate through these complicated times. A working group was established, composing of 6 members, prime ministers of EU countries, representing the 3 biggest political families. The EPP is sending Andrej Plenkovič of Croatia and Krišjānis Kariņš of Latvia. Renew Europe is being represented by Dutch PM Mark Rutte and Charles Michel of Belgium. Finally, the socialists are bringing out the big guns with Spain’s Pedro Sanchez and Portugal’s Antonio Costa. The ultimate and possibly far too optimistic goal is for these leaders to come to an understanding as to how the top jobs should be distributed and to potentially arrive at a suitable coalition. The odds of that happening are pretty slim, as PMs of 6 countries can’t possibly speak for 28 and they can’t make any final decisions.

The complicated exercise of keeping everyone happy and in agreement relies on the understanding that everyone involved in the final coalition will get something. So, for example if the EPP actually gets Manfred Weber as head of the Commission, they will have to relinquish most if not all other posts and give them up to their potential partners. The same goes for any other party or country.

“A good compromise is when both parties are dissatisfied”

What some might consider a dirty word, is the bread and butter of the EU. Compromising and making sacrifices in the name of a common goal is what has been a driving force on the continent since the end of World War 2. As Weber’s candidacy has been considered dead-on-arrival by some, namely French president Emmanuel Macron, several names have been thrown around as a symbol of compromise. One of them – Michel Barnier, is still touring Europe under the guise of EU Brexit negotiator, despite there not being any negotiations for quite a while. The other is Margarethe Vestager, Danish member of Renew Europe, widely admired and recognized for her work on controlling (and heavily fining) American tech giants. The final name, appearing out of the woodwork, is that of Angela Merkel. Her chancellorship is approaching its demise, albeit slowly, while her colleagues from around the continent have been praising her achievements and skills and openly stating that she would be the perfect candidate for the EU’s top job. While she has been denying any desire to continue her political career after the end of her current term, her sense of duty to unite a divided continent might come out on top in the end.

An unfortunate casualty of the horse-trading process might be a merit-based selection of the president of the European Central Bank. What is usually supposed to be a nomination based only on skills and a proven track-record might become yet another bargaining chip in the hands of heads of state. The outgoing Italian Mario Draghi played a crucial role in the stabilization of the Eurozone amidst the global financial crisis. His potential successor might not be up to the task as he could be the product of political infighting within the Council. With yet another global crisis on the horizon, the steady and ambitious leadership of the man who said “Within our mandate, the ECB is ready to do whatever it takes to preserve the euro. And believe me, it will be enough.” might be replaced by someone who opposed every measure taken by the incumbent president. Such appears to be the plan of some German government officials who are adamant on having a German occupy at least one of the top jobs in the EU.

With 5 posts to go around, the political machine of the EU is in overdrive. Negotiations on thousands of topics are constantly underway and will eventually lead to some result, which works both for everyone and no one at the same time. The tissue of which Europe is made is compromise and every interested party will have to get down and dirty and make personal sacrifices in order to achieve something that might be to the benefit of the whole continent.