The history of Dubrovnik began on a small settlement in pre-historic times. This settlement, was located on an island called Laus which was, at that time, separated from the mainland by a marsh. Nearby, there was also a larger Greek settlement, called Epidauros. In 7th century an invasion by Slavs destroyed Epidauros and other communities in the area, causing inhabitants to flee to Laus. Laus was renamed to Raus which later became Ragusa – which is the historic name for Dubrovnik.

From the 9th century onwards Dubrovnik expanded considerably as part of the Byzantine Empire. By 12th century it was even considered as somewhat of a threat to Venice and its Republic. From 1205 to 1358 Dubrovnik fell under the rule of Venice.

The Treaty of Zadar in 1358 saw Dubrovnik cease being under Venice’s rule and instead become Croat-Hungarian, although it had a great deal of independence. In13th century onwards, Dubrovnik experienced a number of important developments which increased its prominence.

Dubrovnik is a Croatian city situated on the Adriatic Sea. It is one of the most promenent tourist destinations in the Mediterranean Sea, a seaport and the centre of Dubrovnik-Neretva Country. Its population is 42,615 (2011).

Dubrovnik's economic fortunes began to improve in 2000, led by a rebound in tourism and credit-driven consumer spending. A high unemployment rate, a growing trade deficit, and uneven regional development pose challenges. The basis of Dubrovnik's economy are the tourism and the port of the city.

Rail lines connect Dubrovnik directly to neighboring countries. Dubrovnik Airport, is located approximately 20 km from the city center and provides links to Zagreb and many European cities. The port at nearby Gruž provides a link to other Dalmatian ports and to Italy. 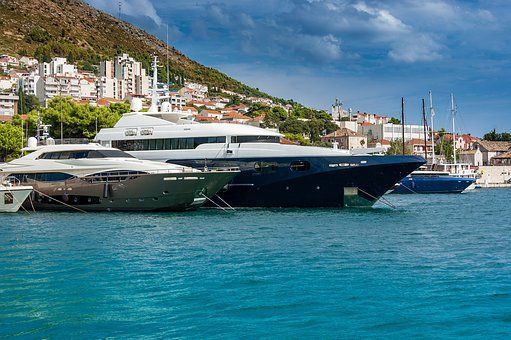 Generally regarded to as the most picturesque city on the Dalmatian coast, Dubrovnik is commonly referred as the "Pearl of the Adriatic." In 1667 the city was damaged by an earthquake, but it preserved its beautiful Gothic, Renaissance and Baroque churches, monasteries, palaces, and fountains. Since 1979 Dubrovnik was listed as a UNESCO World Heritage Site. When in the 1990s it was damaged by occupation and artillery attack, it became a focus of major restoration coordinated by UNESCO.