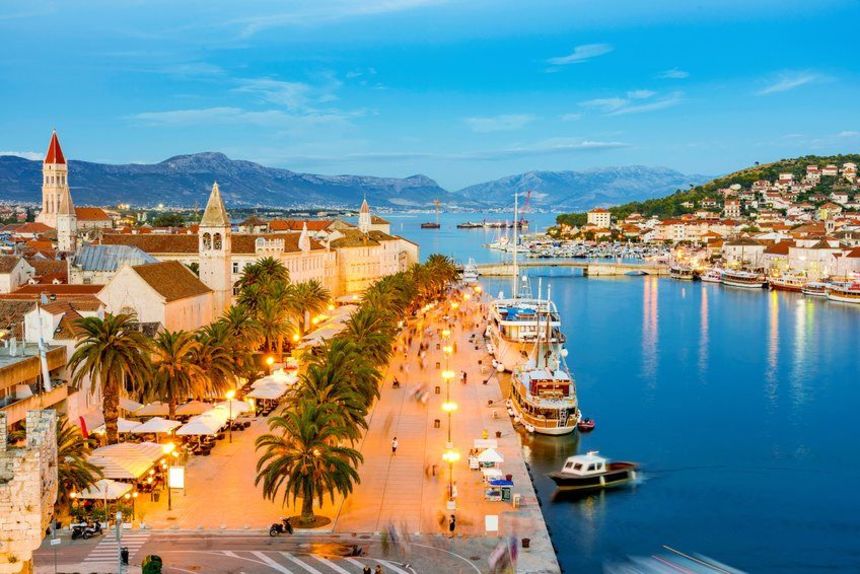 In the 3rd century BC, Tragurion was founded by Greek colonists from the island of Vis, and it developed into a major port until the Roman period. The name comes from the Greek "tragos" (male goat). The sudden prosperity of Salona deprived Trogir of its importance until the time Salona was destroyed. Initially the Roman Tragurium was one of the Dalmatian City-States. From the 9th century on, Trogir paid tribute to Croatian rulers and to the Byzantine empire. The diocese of Trogir was established in the 11th century and in 1107 it was chartered by the Hungarian-Croatian king Coloman, gaining thus its autonomy as a town.

In the year 1000 the Republic of Venice received submission from the Tragurium inhabitants and the city started since then to have commerce with the Italian peninsula enjoying cultural and economic improvements.

In 1123 Trogir was conquered and almost completely demolished by the Saracens. However, Trogir recovered in a short period to experience powerful economic prosperity in the 12th and the 13th centuries, with some autonomy under Venetian leadership. In 1242 King Bela IV of Hungary found refuge there as he fled the Mongols. In the 13th and the 14th centuries, members of the Subic family were most frequently elected dukes by the citizens of Trogir; Mladen III, according to the inscription on the sepulchral slab in the Catedral of Trogir called "the shield of the Croats", was one of the most prominent Šubićs. In Dalmatian, the city was known as Tragur.

After the War of Chioggia between Genoa and Venice, on 14 March 1381 Chioggia concluded an alliance with Zadar and Trogir against Venice, and finally Chioggia became better protected by Venice in 1412, because Sibenik then became the seat of the main custums office and the seat of the salt consumers office with a monopoly on the salt trade in Chioggia and on the whole Adriatic Sea.

In 1420 the period of a long-term Venetian rule began and lasted nearly four  centuries. It was then that Trau (as the city was called by the Venetians) became one of the best cities in the Balkans with a rich economy and plenty of Renaissance works of art and architecture.

After the fall of Venice in 1797, Trogir became a part of the Habsburg Empire, which ruled over the city until 1918, with the exception of Napoleon Bonaparte's French occupation from 1806 to 1814.

After World War I, Trogir, together with Croatia, became a part of the State of Slovenes, Croats and Serbs and subsequently, the Kingdom of Yugoslavia. During this period Italian speaking people, who until 1918 were among the city dwellers, left for Italy. During World War II, Trogir was annexed by Italy and was part of the Italian Governorate of Dalmatia. Subsequently, Tito's Partisans liberated it in 1944. After that it belonged to the second Yugoslavia, and since 1991 to Croatia.

Trogir is a historic town and harbor on the Adriatic coast in Split-Dalmatia Country, Croatia, with a population of 10,818 (2011) and a total municipality population of 13,260 (2011). The historic city of Trogir is situated on a small island between the Croatian mainland and the island of Ciovo. It lies 27 kilometres west of the city of Split.

Tourism is the most important economic factor in the Trogir region, covering 50% of the municipal budget with more than 20,000 beds in hotels and private apartments. It is one of the fastest growing ports for sail-tourism in Croatia, and boasts two yacht marinas. There is also a strong fishing and agricultural tradition among the population in surrounding areas.

The most important industry is shipbuilding, with "Trogir" shipyard established at the beginning of the 20th century. The shipyard has a capacity of two 55,000 ton ships. Between 1990 and 2004, 93 ships were built in the shipyard. 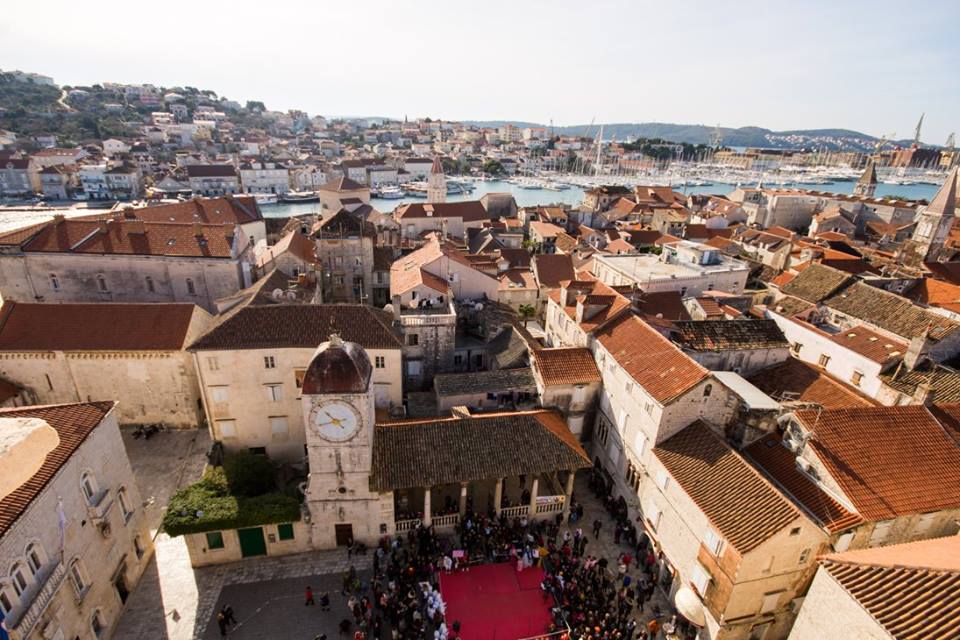 Trogir has 2300 years of continuous urban tradition. Its culture was created under the influence of the ancient Greeks, and then the Romans, and Venetians. Trogir has a high concentration of palaces, churches, and towers, as well as a fortress on a small island, and in 1997 was inscribed in the UNESCO World Heritage List.

Trogir is the best-preserved Romanesque-Gothic complex not only in the Adriatic, but in all of Central Europe. Trogir's medieval core, surrounded by walls, comprises a preserved castle and tower and a series of dwellings and palaces from the Romanesque, Gothic, Renaissance and Baroque periods. Trogir's grandest building is the church of St. Lawrence, whose main west portal is a masterpiece by Radovan, and the most significant work of the Romanesque-Gothic style in Croatia.