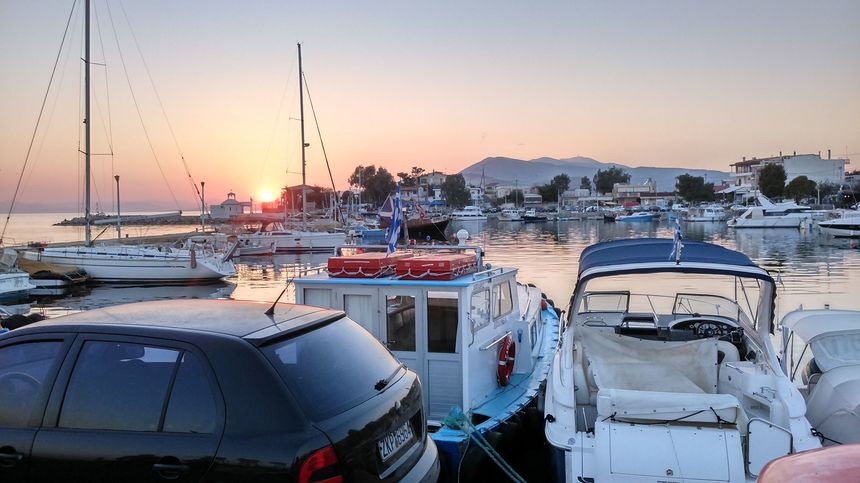 Written testimonies preserve many different versions of the city's name. Pausanias associate it with "Megara", the sanctuaries of Demeter, in honour of the goddess Demeter Herodotus and Stefanos. In Byzantium meanwhile, they attributed the name to the hero Megara, son of Poseidon. The last interpretation, according to Pausanias, is attributed to the Megara who lived in Onchistos, who came with the army of Boeotians and helped the King of the Nissos in the war against the king of Crete Minos. However, he was killed in battle and buried in the city, which took its name. The city was formerly called Nisiah. In modern times, archaeologists have come to a different conclusion. Excavations have brought to light many underground houses, the so-called mansions, in which the townspeople stored food and made offerings to Demeter. They believe that the city was named Megara.

The Municipality of N. Peramos joined the Municipality of Megara in the framework of Law 3852/2010 of the plan Kallikratis. Nea Peramos Attica was built in 1924 on the present site by the Peramians. Peramos, according to scientific evidence, was founded long before 1650 in the wider area of ​​ancient Kyzikos and was one of the most important cities of the Kyzikian peninsula with a purely Greek Asia Minor population and a large commercial district activity.

The Municipality of Megara is part of the Western Attica Regional Unit located in the region of Attica according to the administrative division of Greece. It was formed by the Kallikratis Program from the merger of the former municipalities of Megara and Nea Peramos. 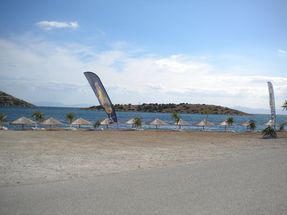 The Municipality of Megara is a holiday destination for the residents of the Greek capital, due to its geographical location and the privilege of having two bays - the Saronic Gulf and the Corinthian Gulf, in recent years well-developed resorts have been developed such as:

The population of the municipality during the summer months, based on the visits to the top resorts, almost tripled to 110,000 inhabitants. 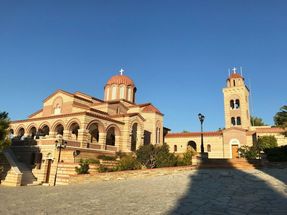 In terms of religious tourism, the Municipality of Megara offers numerous monasteries and chapels, as the Holy Monastery of Agios Ioannis Prodromos, Makrinou, on Mount Gerene, Monastery of the Assumption of the Virgin Kyparissiotisis and Agios Ierotheos located on the eastern outskirts of Gerania and the picturesque monastery of Agia Paraskevi, on Mount Gerania.