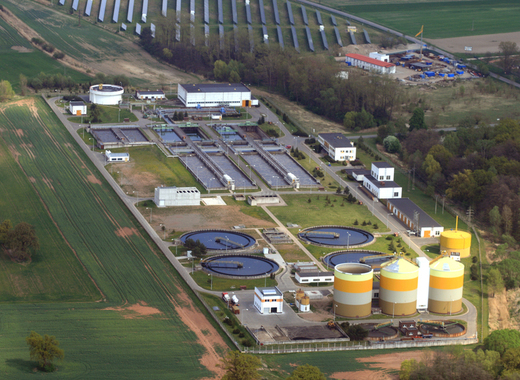 The Central Waste Water Treatment Plant Domžale – Kamnik was massively upgraded thanks to the joint efforts of 6 Slovenian municipalities - Domžale, Kamnik, Mengeš, Cerkelj in Gorenjska, Komenda and Trzin. The project is to the benefit a total of 149,000 citizens who live within the plant’s range. Upkeep of the buildings and machinery is set to be carried out according to the strictest and most up-to-date regulations and standards while paying specific heed to the impact on the environment.

The total price of the project is 15.5 million euros, 12.3 million of which come from the European Cohesion Fund. The plant opened its doors and began operations early in the morning on 18 May.

The upgrade of the Central Waste Water Treatment Plant is part of a larger initiative in the Domžale – Kamnik region. Additional projects cover all other forms of environmental protection for the Kamniška Bistrica River. The work done on the Plant is set to improve the cleanliness of the river itself as well as provide clean, renewable energy for citizens in the area. Thanks to the completed improvements, carbon emissions in the area have also been significantly reduced.