Kids in Jirkov learn about crime prevention with games

They receive information about bullying, alcohol, gambling and cybercrime from the municipal police 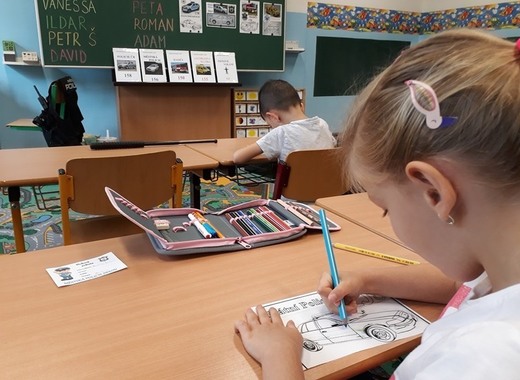 At the beginning of this school year, the Jirkov Municipal Police launched lectures with primary school pupils in the area of ​​crime prevention. Throughout the school year, children will meet with crime prevention officers who have introduced them to various topics of their work.

This October, lectures were already held in the preparatory and first classes of all four elementary schools in the Czech town of Jirkov. The officers showed the children what kind of equipment they used to perform daily service. Subsequently, they gave them colouring books on the theme of vehicles that are part of the integrated rescue system, which the children painted. 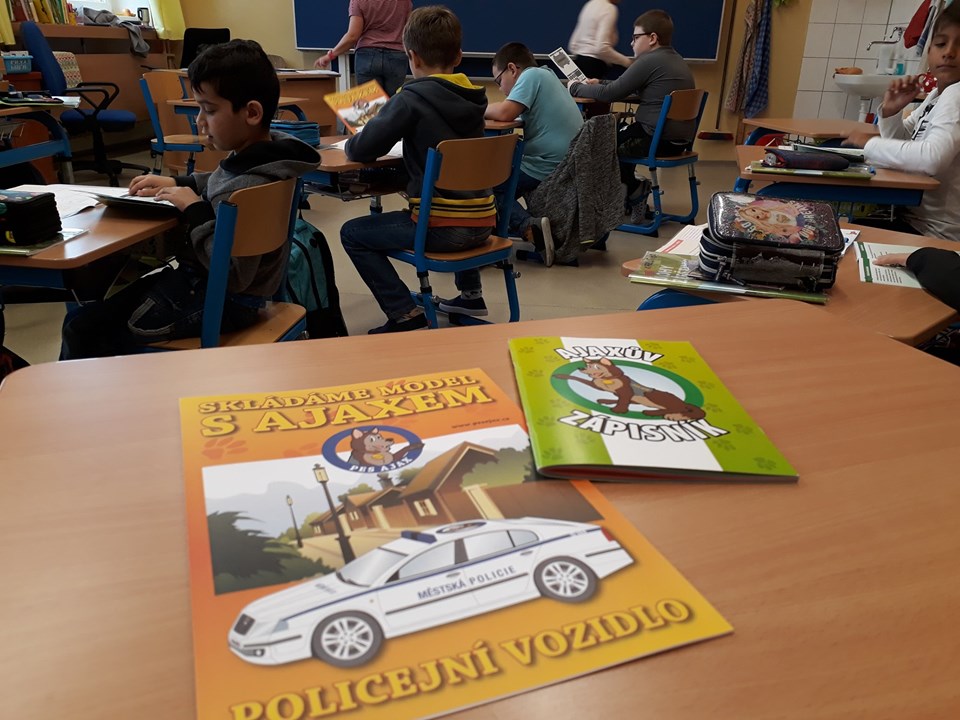 In the spirit of crime prevention, police officers also began  distributing the Ajax Notebook to pupils in second grade in all primary schools. This is a kind of textbook or rather a workbook which acquaints children with individual topics in a playful manner. It benefits from the age when kids already know how to read and write but still like to receive new knowledge in the form of a game.

In October, the crime prevention department in Jirkov distributed 200 of these workbooks to the second classes. The municipal police officers will regularly attend schools every month and work with pupils.

This month, the young schoolchildren gradually became acquainted with a policeman, a fireman and traffic issues. Over the next months, they will discuss more serious issues such as bullying, alcohol, gambling and cybercrime. At the end of the school year, the officers will evaluate the project together with the teachers and the pupils will receive various material rewards.

Finally, the visited classrooms received a plush dog model of a police dog named Ajax. He will stay with the children and become their mascot.

More about the ongoing and planned projects in Jirkov, learn from our interview with mayor Darina Kováčová.