The initial proposals have changed substantially since they were first introduced 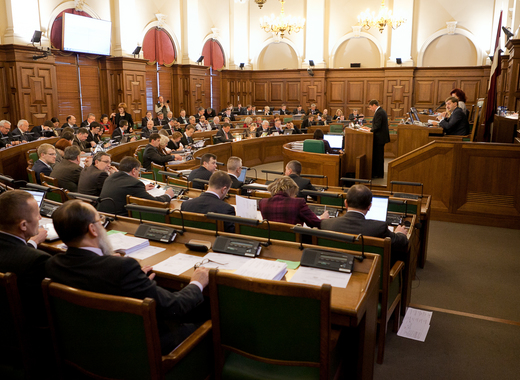 The last time we heard of Latvia’s municipal reform was back in March when the proposed bill became stuck for a prolonged period of time in its second hearing in the country’s parliament. Despite heated debates on the nature and contents of the proposal, progress slowed to a snail’s pace after authorities announced a state of emergency during the coronavirus pandemic – yet despite the slowdown, progress was still being made.

The main goal of the reform is to reduce the total number of municipalities from well over a hundred to barely 34 and to create new administrative units - the so-called republican cities, in order to better channel funding and improve governance. Furthermore, authorities want the project to be done and dusted as soon as possible in order to allow the newly-created municipal units to prepare for the upcoming municipal elections in June 2021.

Now the final stage of voting on the bill has finally arrived as it is set to be held today – 21 May. Upon adoption, the law must then be promulgated by the Latvian president who will most likely do precisely that, thus allowing the government to achieve its goals in a timely manner.

The most recent changes to the reform that were made during the last couple of months of negotiations concerned the fickle issue of borders and mergers – the main point of the entire bill. Some of the biggest modifications to the proposed bill include:

With the government reaching the final hurdle, factions and interested parties still insist on having their voices heard – thus it should come as no surprise if final sweeping changes are made before the bill’s ultimate adoption in the coming days.