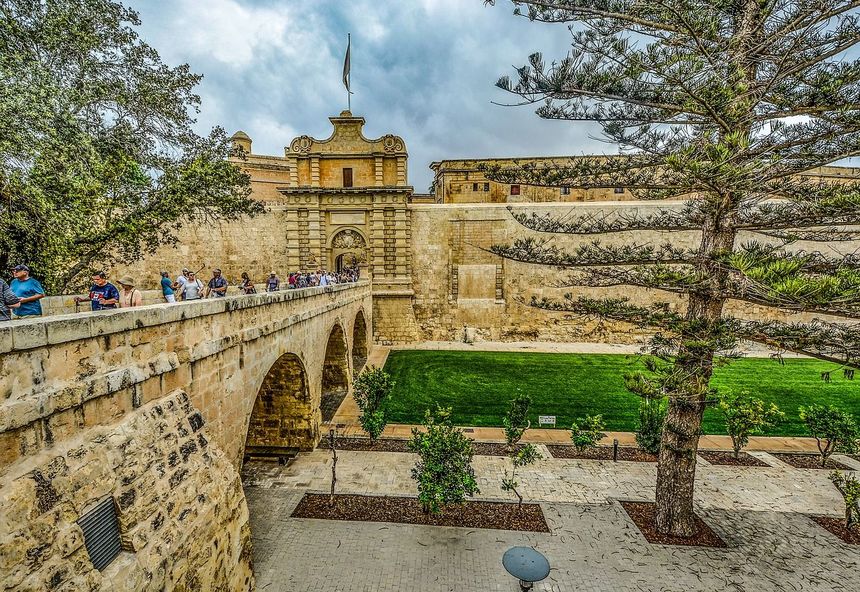 The history of Mdina traces back more than 4000 years. Mdina has had different names and titles depending on its rulers and its role but its medieval name describe it best - ‘Citta' Notabile': the noble city. Mdina is the old capital of Malta and one of Europe's finest examples of an ancient walled city and extraordinary in its mix of medieval and baroque architecture. The city displays an unusual mix of Norman and Baroque architecture, including several palaces, most of which serve as private homes. No cars (other than a limited number of residents, emergency vehicles, wedding cars and horses) are allowed in Mdina, partly why it has earned the nickname “the Silent City”.

The town is a commercial centre and acts as a market to its large agricultural hinterland. There has been a huge investment in the city’s economy in the last few years, such as the paving project of the city’s streets, and the restoration on the bastion walls financed by government.  From museums to tourist attractions, from hotels to restaurants, from gift shops to wine bars or coffee shops, they all play an important part in Mdina’s economy.

Mdina is one of Malta's major tourist attractions, hosting about 750,000 tourists a year. The Maltese city is on the tentative list of UNESCO World Heritage Sites due to its archaeological and historical sites: The Roman Villa (Domus Romana), catacombs, St. Paul's Grotto and the fine churches and monasteries.