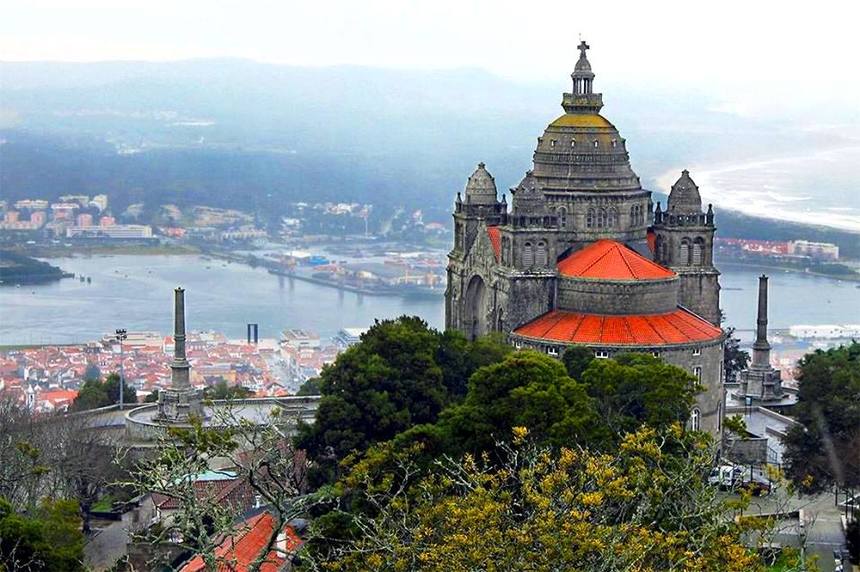 Capital city of the district in North of Portugal, Viana do Castelo is located at the mouth of the river Lima, on whose estuary lies the seaport, with a commercial Pier, fishing dock and three bustling marinas for leisure and fishing boats.  The history of Viana do Castelo began at Monte de Santa Luzia, where there is a church today. In 1258, Viana do Castelo was founded along the mouth of the Lima River by D. Afonso III. Its port was very important during the Time of the Discoveries. From this Marine Village left many boats that returned full of treasures that enriched the population. In 1374, the city’s wall was completed, at the time with four doors: Porta de S. Pedro, Porta da Ribeira, Porta do Postigo and Porta de Santiago. In the XVI century, the Victory Gate was opened. In 1502, for defense against piracy, a fortification was built  called Torre da Roqueta. On 1 June 1512, D. Manuel granted Foral Novo to Viana for considering it an important maritime trade center. Throughout the middle Ages, Viana was an important seaport, and during the time of the Portuguese Discoveries, the port of Viana was even the third busiest in the country.

Currently, to its notable heritage built over its seven and a half centuries of history, the city added a rich and varied natural heritage, especially the Atlantic beaches, most of them already distinguished with the maximum quality award. In its vigorous associative movement, with more than 200 cultural associations, sports and solidarity, the city stands out with its 28 ethnographic groups and 24 music schools, contributing actively to the preservation of the music, dance, embroidery and costumes embodying Viana’s culture, today classified as symbols of the country.

In the last decade, the city has undergone a major urban requalification and progressive environmental valorization. Nowadays, Viana do Castelo is also considered a "Mecca of Architecture" thanks to the many important names in contemporary Portuguese architecture who have designed the city’s amenities and spaces. This is the case of the Praça da Liberdade by Fernando Távora, the Library by Álvaro Siza Vieira, the Youth Hostel by Carrilho da Graça, the Axis Hotel by Jorge Albuquerque and also the Viana do Castelo Cultural Centre, by Souto Moura, amongst many others.

Renowned for its quality since the XV century, shipbuilding on the banks of the river Lima holds an important role in Portugal and a very significant weight in the economy of Viana do Castelo and the region. But Viana do Castelo is also about trade, industry and innovation. The city is headquartering the largest national cluster of wind powered generators manufacturing. The port's ties to northern Europe came primarily from exports of wine, fruits and salt, and imports of tile, textiles and glass. 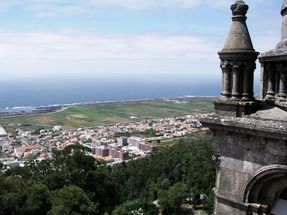 In a natural setting of indescribable beauty, the city was clearly destined to tourism, with a set of areas dedicated to the reception and accommodation of those who visit Viana do Castelo and want to know its culture, its art and its traditions. Featured here are museums with their rich collection and museum centers spread across parishes and dedicated to the traditions. The Museum of art and archaeology is housed in a distinctive 18th century Manor House possessing one of the most important and valuable collections of old Portuguese faience from the 17th to the 19th centuries, which includes several pieces of the famous tableware factory of Viana. In addition to an important collection of paintings, drawing and pieces of religious art, stands out the beautiful collection of indo-Portuguese furniture from the 18th century. In this space, you can still find the Hispano-Arabic spoils and Portuguese tiles “Azulejos”, unique in their variety and wealth, which join the archaeological part of the “Almas”’ Church and the “Casa dos Nichos” (museum of archeology).

Situated in a prime city space - “Praça da República” - is the costume Museum “Museu do Traje”, located inside a New building which houses a recovered and excellent collection of traditional costumes and jewelry, promoting, enhancing and retrieving a valuable municipal heritage. With this same purpose in mind, has been created a set of museum cores, including the Watermills of D. Prior “Azenhas de D. Prior”, incorporating the center of monitoring and environmental interpretation of Viana do Castelo – CMIA (which is part of the Portuguese network of Mills) or the Museum of bread from “Outeiro”. The latter is situated in the former primary school and integrates a water mill.

Featured are also the fourteen watermills of “Montaria” along the Sierra of Arga, as well as the Windmill of Montedor, the only windmill of trapezoidal wooden sails in Portugal.

Viana do Castelo is also about the discovery of a route of galleries and museums, festivals and traditions, crafts, jewelry and, of course, gastronomy.