Being paid to cycle to work? Yes, it’s possible

The Netherlands is already home to 22.5 million bikes, more than the 17.1 million people living there 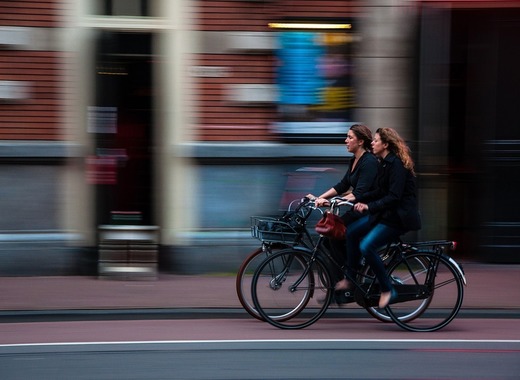 There are more bicycles than people in the Netherlands, so there is no surprise that the country proudly calls itself the “unrivalled number one bicycling nation” in the world. Over a quarter of all trips made by Dutch residents are made by bike, but only 25% of those trips are work-related.

Besides the tax rebate that Dutch people get on their bikes, employees will now be paid 19 cents for every kilometer (0.6 miles) they bike to work. There are already 11 major employers in the Netherlands committing to measures such as financing employees' bikes. To ensure better and safer conditions for cyclists, 15 routes will be developed into "cyclist freeways", 25 000 bike parking spaces will be created and more than 60 bike storage facilities will be upgraded.

The Netherlands isn’t the only country offering financial incentives to get people out of their cars and cycle to work. In the UK, the Cycle to Work scheme operates a lease-to-own model allowing employees to get discounted bikes and equipment through their employer. In the UK as well as in Belgium cyclist who use their bikes for business purposes are paid 23 cents per kilometer. In Luxembourg employees receive 300 Euros tax repayment to buy a bicycle. In France such reimbursement scheme will enter into force next year.