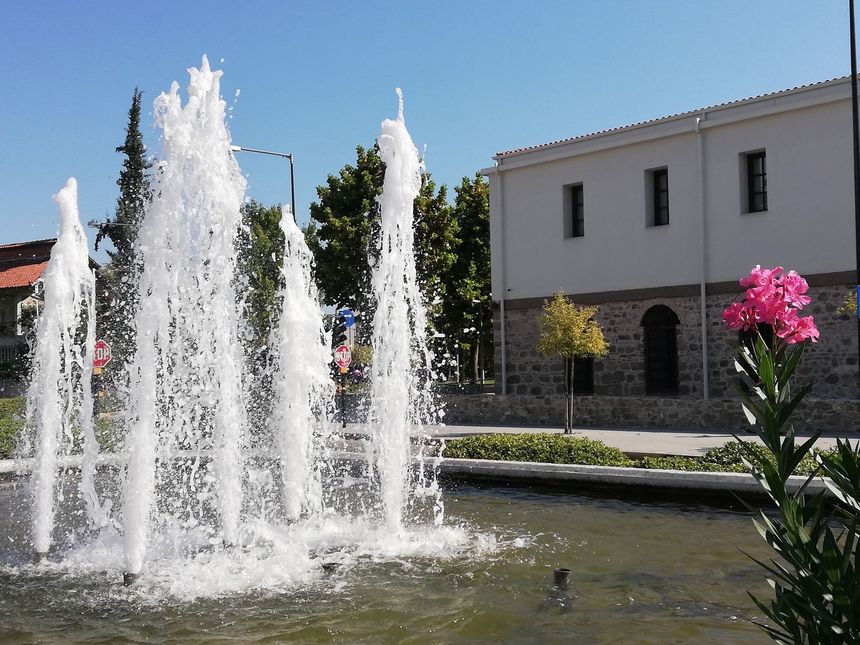 Trikala is one of the oldest settlements in Europe with a long history that dates back to 3,000 BC. It is also the birthplace of Asclepius, the first ancient doctor.

Modern-day Trikala is built upon the ruins of the ancient town “Trika” or “Triki”. The name Trikala derives from the nymph Triki, daughter of “Pinios” or “Aesopos” river.

The town was of great importance during ancient times due to the fact that Asclepius lived and worked in Trikala. He is also the municipality’s main symbol. In the region you can also find the most important and ancient monuments of Asclepius.

According to the Iliad by Homer, the town appears to take part in the war of Troy on the side of Greeks, having sent 30 ships and various leaders - the sons of Asclepius who became doctors.

Trikala was also the capital of a kingdom during the Mycenean time. Later it became the centre of the state of “Estiotida”.

Throughout history both Trikala as well as the area around the river have greatly developed. In the beginning, it was under Persian rule in 480 BC while ten years later it became part of the Monetary Committee of citizens of Thessaly.

In 352 BC Trikala became one with the Macedonia of Philip II. In 168 BC the people of Macedonia especially Philip V and his son Perseas tried very hard to keep Trikala free from the Romans.

The town appears for the first time with its modern name Trikala in a book named “Alexiada” of Anna Komnini, in the beginning of the millennium. The town was conquered finally by the Ottomans in 1393 and after a long period of underdevelopment Trikala becomes an important centre of home crafts boasting famous woolly textiles and other leather product.

Trikala was also a very important intellectual centre due to the fact that for a long period of time during Ottoman rule (1543-1854) it was home to the “Triki School” (later called Greek School). There, contemporary famous teachers like Dionysios the Philosopher gave lessons to pupils.

On 23 August 1881 Trikala come under Greek rule alongside other parts of Thessaly and Epirus. Trikala yet again became a part of the Ottoman Empire after the Greco-Ottoman war of 1897 but was reunited with Greece for a final time in 1898.

Trikala played a founding role for the country’s agricultural movements that acted against the powerful landowners during the XX century. Moreover, it also the place where Greece’s first Farmers’ Cooperative was founded in 1906.

Trikala is a city and municipality in the north-western Thessaly in Greece. It is the capital of the Trikala regional unit.

The city of Trikala is a typical medium-sized city with a population of approximately 80,000 inhabitants. In total the Trikala regional unit is populated by 131,085 inhabitants (2011).

The economy of Trikala is based on agriculture with products like wine, feta cheese, sausages and pies. During recent years Trikala has also become an attractive family touristic destination.

Trikala is famous for its culture, folk music – it is the birthplace of numerous famous Greek musicians. It is also a top family touristic destination.

Every year, especially during December, Trikala becomes very famous for its thematic Christmas park of the Elves Mill. It brings more than 1 million visitors per year to Trikala.

Close to the city there are also a number of famous areas that attract numerous tourists: the holy mountain of Meteora and the beautiful highlands of Trikala.