My biggest goal is to strengthen the participation of our residents 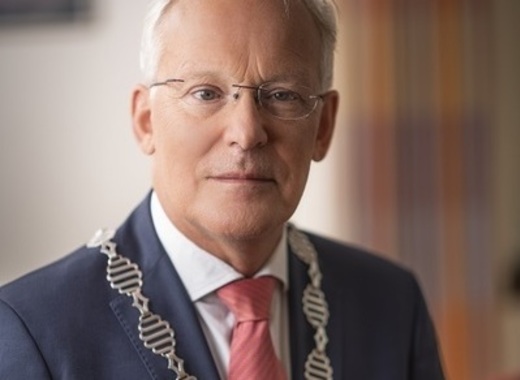 Mr Rijpstra, could you briefly describe Smallingerland and tell us what you like the most about your municipality?

Smallingerland is a municipality in the Dutch province of Friesland. It includes 14 small villages, with Drachten as its capital. The municipality has 55,939 residents (on 1 January 2019) and covers an area of 126,18 km². Drachten is a dynamic city set in beautiful surroundings, including many lakes, rivers and a beautiful national park. Smallingerland-Drachten has a strategic position in the northern part of the Netherlands for industry and education. Culture, heritage and sports are important for the community, and there is a high level of participation amongst its residents. I personally like the creativity and innovation of this energetic town.

If you were to mention the strongest economic, cultural and natural advantages of the municipality, what would these be?

Smallingerland has an extensive industrial sector. Along with the healthcare sector, this is the largest sector of the municipality. In addition, Smallingerland is slightly over-represented when it comes to the number of jobs in the construction and education sectors.

The Innovation Cluster Drachten is an internationally active ecosystem of collaborating high-tech companies and knowledge institutions that lead the way with innovations and that compete on the world market. Working at our companies means contributing to the solutions for the major challenges of the future. We call this the ‘Big 5 of the High Tech’: 3D metal printing, Remote sensoring and big data, Robotics, Visual intelligence and All electric propulsion. And we do this by using the latest products, ICT and process technologies, and where necessary by developing these ourselves. This is possible due to the unique pre-competitive collaboration of our R&D departments. And the result is more than 50 new product introductions each year worldwide. Products that, for example, save people’s lives, make the operation of complex systems child’s play and products that are geared to the individual wishes and needs of consumers and that make data accessible in order to improve food quality. Our collaboration forms ‘The heart of the smart factory region’ of North West Europe.

We also have the Simmerdeis festival. What makes this festival so special is that it lasts for 4 days in the open air and is well-known throughout the surrounding area. And everyone can visit for free. We also have the Smallingerland museum, which we are very proud of. Here you can see a fine De Stijl collection. There is also the Lawei, which is both a theatre and concert hall as well as a centre for cultural education. The many marching bands in the village liven up the place and help instil a feeling of togetherness. The racing event Skûtsjesilen (sailing with historical flat bottom boats) takes place here every year and attracts skûtsje sailing boats from all over Friesland.

We live amidst a varied landscape. We have a lot of water, meadows and woodlands. We also have a good walking and cycling network. It’s an attractive municipality in which to live and work thanks to the high level of facilities. Drachten functions as the central municipality for the region.

You were inaugurated as mayor very recently. What are your biggest goals for the municipality? Are there major transformations to be seen within the upcoming years?

My biggest goals for the community in the coming years are to strengthen the participation of our residents, so that together with them and the industrial sector we can provide exposure to the Sustainability Map 2040. It’s very important to me that our citizens have a good feeling about our city.

The municipality boasts a firmly rooted Frisian language. Could you tell us what measures are in place or will be undertaken to preserve this cultural treasure?

In 2016, the Council adopted the Sustainability Map 2040. Could you tell us at what stage the execution of this document is now? And what innovations are expected to be introduced by the end of your term as mayor?

We have a sustainability agenda which sets out our ambitions in the area of sustainability. Our work is focused on the themes of Energy, Climate and Circularity. We do this by increasing awareness and helping private individuals, but also by setting a good example as a municipality. Some noteworthy things we are currently doing include:

The municipality is also working hard to realise the sustainable development goals of the United Nations, with the aim of growing from a millennium municipality to a global goal municipality.

The coalition agreement signed one year ago puts the residents at the centre of governance. How do you communicate with your fellow citizens and how would you involve them in the decision-making processes?

In the coalition agreement from a year ago the residents were put at the centre of governance. It meant introducing a new system for decision-making in the city council. First of all, an announcement is made on the Internet and in the local papers regarding the topics on the agenda. People can then apply to participate, after which we start an initial round table discussion about a topic in which everybody can take part: individuals, representatives from clubs, industry and so on. They can provide input for further discussion two weeks later in the meeting of the city council. After the round table, the city council has its discussion meeting, and then finally a so-called 'voting meeting'.

We involve our residents and organisations in the development of policy. The environmental vision is an example of how policy can come about through co-creation. We consider it important to provide a service to our residents. In the coming years we wish to continue to invest in improving our communication with our residents. The municipal executive regularly consults with villages and neighbourhood councils regarding ongoing developments. In this way, they are informed about what’s going on in the municipality. We are also active on social media and respond to questions and reports from our residents.

Finally, TheMayor.EU is a portal that brings together best practices and innovations from European municipalities. We aim to showcase the good work of the mayors, but also to make them more accountable. In what ways do you think this will be useful to your own administration?

In my opinion, it is very important to learn from one another; not only from the good practices and innovations, but also from difficult discussions and initiatives that were unsuccessful. We must be open and transparent to our citizens as well as accountable. But also, as a mayor you have to be a point of contact for your citizens.