Waking up to a newish Europe

With results finally tallied and mandates pretty much finalized, here are some of the takeaways from last week’s election 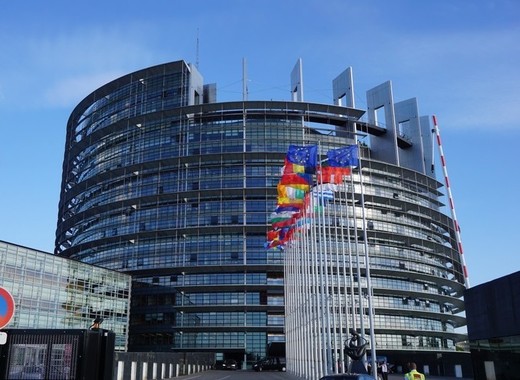 No article will be complete without resorting to some of the most cliched and overused phrases of the weekend - “The true victors of these elections, were European citizens and European democracy”; “Surprise green wave hits Europe”. But cliched and overused does not mean untrue or false, as both of these are hard to argue. For the first time ever, voter turnout across Europe has increased substantially compared to previous elections – 51% to 2014’s 43%. Regarding the surprise green surge – no pollsters had predicted the success of green parties in Ireland or France or how they would smash traditional parties in their wake.

But besides the turnout and the greens, what else can we find in the aftermath of the European elections?

The populist wave that hit Europe around 10 years ago, amidst the global financial crisis was characterized by the presence of both left-wing and right-wing populists. Far-left populists had strong showings in more indebted countries, where the crisis hit particularly hard. Combined with the Brussels (and Berlin) -imposed austerity policies, the ground was ripe for the resurgence of the far-left. The most successful example for such a movement was the Greek Syriza, followed by Unidos Podemos in Spain and finally, Jean-Luc Mélenchon’s La France insoumise.

But looking at last week’s election results, we can easily surmise that the far-left populist uprising has been quashed, dismantled and put to rest – at least for the time being. Syriza leader Alexis Tsipras not only suffered a huge blow on election night, eating the dust of the centre-right New Democracy, but he has also subjected his party to mainstreamification – turning into a generic run-of-the-mill Social Democratic Party, too scared to clash with imposed austerity measures. Unidos Podemos similarly suffered a heavy defeat, losing almost half of its electorate, mostly to the centre-left Spanish Socialist and Workers’ Party. Some might say that La France insoumise escaped a dismal fate, as it achieved a similar result compared to 2014 – which is true. The situation today however is radically different from the one 5 years ago. Jean-Luc Mélenchon attempted to position himself as the only alternative to Emmanuel Macron’s presidency and Marine Le Pen’s far right power. Such ambitions have amounted to nothing, with his party winning barely 6% of the vote.

With the slow demise of far-left populists, the remains of the populist wave remain solely within the hands of the far-right parties across the continent – but more on them later.

When you hear the words Social Democrat in the context of Europe, the image that comes to mind probably isn’t that of someone conservative, illiberal, euroskeptic and defending Christian values. “Centre-left” parties in a few countries, however, would beg to differ. Take a look at the Social Democrats in Romania, the Bulgarian Socialist Party and Slovakia’s Smer. What do these three have in common? All of them ran a distinctively europeskeptic, conservative campaign in their overly pro-EU countries and subsequently suffered heavy losses at the ballot box.

In Romania the currently-ruling Social Democrats lost over half their support – in the last elections, they won over 40% of the vote just a few years ago, and now they are coming in 2nd with barely 23%. They were surpassed by the strictly pro-EU centre right and are currently tied in number of European Parliament seats with a brand-new, liberal, very pro-EU centrist bloc. The situation in Slovakia is not too different – the very conservative and anti-migrant ruling social democratic party has been suffering losses over the past few months – culminating with the election of Zuzana Čaputová for president of the country. This latest defeat at the polls for members of the European Parliament is yet another sign of the party’s crumbling support, under the weight of scandals surrounding the murder of a journalist in 2018 and corruption. Finally, the Bulgarian Socialist Party had the opportunity to achieve victory in the polls, but their turn to infighting and their projection of constant euroskeptic messages “surprisingly” failed to motivate voters to go to the polls on 26 May and resulted in them trailing far behind the centre-right GERB.

Looking at these three cases gives us a clear picture of the central and eastern European left-leaning voters. They are for the most part unrepresented by their own mainstream parties, who have pretty much nothing in common with their western-European social-democratic counterparts.

The mixed tide of the far-right

If there’s anything analysts can agree on it’s that Europe didn’t die. The tsunami of anti-EU parties turned out to be more of a modest wave, striking only certain European shores. If anything, certain euroskeptic parties performed far worse than what was expected. Before we get into the results themselves, we have to note that euroskeptic results aren’t that impressive only because in 2014 they already preformed miraculously well.

The biggest of winners in these elections is without a doubt Matteo Salvini’s far-right Lega. He not only outperformed the opposition parties, but he also managed to leave his coalition partner all the way back in third place. Salvini’s success results in a substantial increase of Lega MEPs – from 5 to 28. Thanks to this victory he will be able to put his own spin on European politics and become the dominant force in euroskeptic discourse. This win, however, is somehow hollowed out by underperformance of his allies in other countries.

Austria’s Freedom Party and Germany’s Alternative für Deutschland, both managed to fall far beyond their results in recent parliamentary elections. Although the AFD increased its number of MEPs, their result is not at all satisfying considering the momentum they had. Their calls for Germany to leave the EU were probably one of the strangest choices campaign HQs can make as the message was not at all accepted by voters. Their Austrian colleagues fared similarly – “Ibizagate” , the scandal that engulfed the party 1 week prior to the election certainly played a key role in their subpar showing. Similarly, Spain’s VOX, Estonia’s EKRE, the Danish People’s Party and the Dutch Freedom Party have all either suffered major setbacks or in certain cases have been all but wiped out.

Meanwhile, in nearby France, Marine Le Pen is styling herself the victor in these elections. And it’s true – she has certainly managed to defeat her opponent, incumbent president Emmanuel Macron. However, she also managed to lose 2 seats compared to her 2014 results as well as a substantial chunk of her vote. The National Rally also proved itself incapable of capitalizing on the massive unrest in the country and voters’ dissatisfaction with the current president. For reference, in 2014, then-president François Hollande managed to secure barely 13% of the vote as his policies were widely disliked by the electorate.

These European elections give us many topics do discuss and think about. What will happen with the presidency of the European Commission? How will the EU handle such a fragmented parliament? What on Earth happened in Germany? You’ll have to look no further for answers to these and many other questions.