Anti-sexual harassment stand pops up on the seafront of Barcelona 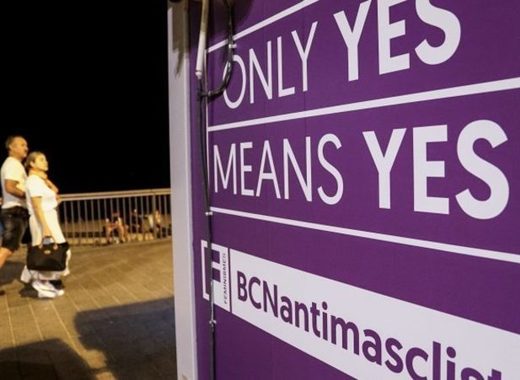 An informative space to advise and denounce sexual harassment and discrimination based on gender and sexual orientation opened in Barcelona. It happens for a third consecutive year on the seafront, one of the busiest areas of Barcelona during the night.

The stand, located at the crossroads of the Paseo Marítimo with Trelawny Street, will work on Thursdays, Fridays and Saturdays from August 1 to September 24. Its primary objective is to inform, raise awareness and advise the citizens in relation to harassment and sexual assault. There will be six experts in the space, all trained and experienced in the treatment of sexist violence. Two of them will be in the booth ready to offer information on sexual violence to people who have experienced violence or sexist aggression. The other four staff members will walk around the area in pairs to raise awareness of pedestrians and deliver informative leaflets in Catalan, Spanish and English. What is more, they can also act in the event of a situation of verbal or physical aggression.

The action is included in the set of measures of Barcelona Antimasclista and is accompanied by a protocol of action coordinated between the Guardia Urbana, the Mossos d'Esquadra, the health services and the municipal surveillance services of the Catalan capital. Find more about the measure on the website of the municipality.