On Advent Saturdays, citizens and visitors of some German cities will be able to use buses and trains for free 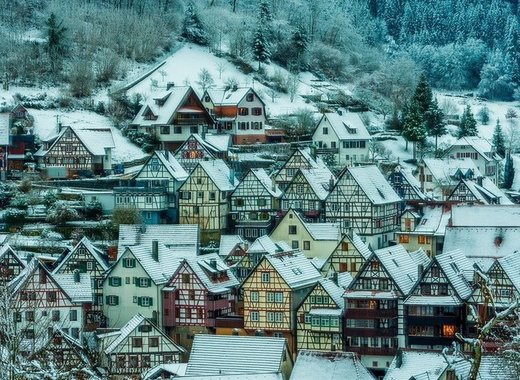 It’s Christmas time and German cities are getting in the holiday spirit – and it’s not just all about decorations and traditional Christmas Markets, it's also about tons of people being brought together to experience everything cities have to offer.

During Advent Season (Adventszeit in German), thousands of people head to nearby urban centres to check out what they have on offer. This, in turn, creates a problem with overcrowding, traffic congestions and the presence of far too many cars on the streets.

Last year, the city of Fürth implemented a radical new idea – making public transport free on Advent Saturdays – this resulted in far fewer people using their personal vehicles and instead resorting the city’s own public transport network. The initiative was widely regarded as a huge success – not only by locals but by other cities as well – which is why a number of them across Germany will also be implementing their own sets of similar measures.

Münster, Heilbronn, Coburg, Ulm, Bamberg, Aschaffenburg and Karlsruhe are the cities which will now be introducing free public transport on Advent Saturdays. Reducing the use of cars is also an environmental breakthrough, which is why Bamberg specifically is going even further, providing free parking to people coming from outside the city – the perfect way to promote leaving the car and hopping on a bus.

Meanwhile, officials in Heilbronn are expecting a huge surge in citizens ready to use the city’s public transport, which is why the number of buses and trains travelling on Advent Saturdays will be increased in order to cope with the increase in workload.

The Advent Saturdays free public transport initiative will last for 4 weeks in total, starting today 30 November. The next three dates when travellers will be able to use buses and trains for free in the aforementioned cities are 7 December, 14 December and 21 December.