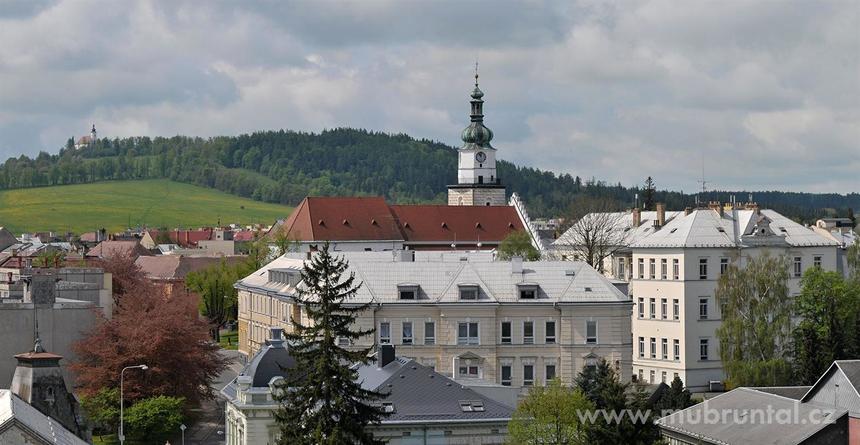 Bruntál is one of the oldest towns in Czechia. It was first mentioned in the Uničov Charter of King Přemysl Otakar I of 1223 from which follows that it had been founded around 1213 as the first settlement under the Magdeburg law in the Czech lands.

The mining of precious metals and later iron ore in its vicinity was the main source of its prosperity until the 17th century.

Bruntál was conquered several times by the Swedes and was burned down in 1643. It was affected also by looting crews and plague epidemics (1633 and 1647) to which half of its population succumbed.

The people of Bruntál were subjected to violent re-Catholicization, which the Teutonic Knights began immediately after taking over the place. A Catholic priest was introduced to Bruntál in 1623, and from 1625 the Jesuits of Opava worked there.

After the war, the new lords sought to rebuild the devastated city and manor and revive the war-torn economy but despite the post-war reconstruction, Bruntál was unable to reach the position, wealth or importance it once had.

The beginning of industrial production at the end of the 18th and in the 19th century brought new boom to the city. Bruntál focused mainly on textile production and became one of the most important centres of the flax industry in Czech Silesia in the middle of the 19th century. The road network was modernized and in 1872 the town was connected to the Olomouc - Opava railway line.

Czechoslovak state power was established here at the end of December 1918, after the suppression of the attempt to annex the town to the so-called Sudetenland province and to Austria. In the following years, the negative attitude of the Bruntál citizens towards Czechoslovakia led to several riots, which in 1919 and 1922 also claimed human casualties.

At this time, an active Czech minority was constituted in Bruntál. Czech officials, soldiers and railway workers came to the city, and their cultural and social life was concentrated in several organizations and several Czech schools.

During World War II, prisoner of war camps and labour camps were set up in the city. In May 1945, the town was liberated by the Red Army.

As a district town, it continued to be an important centre of the area. However, the liquidation of the textile industry in the 1950s had a negative effect, as the traditional source of livelihood for the population disappeared.

At the beginning of the 1990s, a new stage in the development of Bruntál began. Despite the problems associated with political and economic transformations, it has maintained its position as an important political, administrative, economic, educational and cultural centre of the area.

Bruntál is a Czech town in the Moravian-Silesian Region with 16 138 inhabitants (CSO, as of 2020). It has an area of 29.34 square kilometres and lies on road number 11 leading from Ostrava through Opava towards Šumperk, Hradec Králové and Prague. Another important traffic artery is the main road from Olomouc to Krnov.

Over the centuries Bruntál prospered first thanks to the mining of precious metals in the area and then from the 18th century by becoming a centre of textile industry. The openness of the economy and the recent competition from China, however, have forced traditional companies to shut down. The only textile company currently operating is Batex.

Today the production of plastics represents an important part of the local industry. A major employer in the region is a branch of Osram. The ancient tradition of brewing in the city is also continued by a malting plant with more than a century of continuous production.

The suitable position of Bruntál in the middle of the Jeseníky Mountains also provides ample tourism opportunities.

The most important monument of the region is the chateau, which was built in the second half of the 16th century by rebuilding the original town castle, itself dating from the end of the 15th century.

The chateau of the Counts of Vrbno, was first built in the Nordic Renaissance style and then rebuilt in a late Baroque style between 1766 and 1769 with renovations in the mid-19th and early 20th century.

At the chateau, valuable furnishings of the original interiors with a rich painting collection, armoury and library have been preserved. Since the chateau is the seat of the regional museum, museum expositions and cultural and social events take place here regularly.