Gustave Eiffel made his career building iron works of art, an innovative material for the time that allowed the construction of structures that could not be made of stone 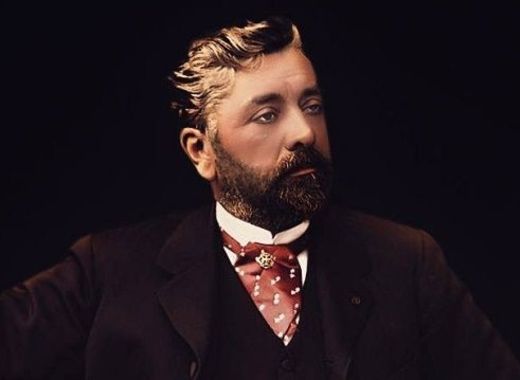 French engineer Gustave Eiffel maybe be bets known for designing the self-titled Eiffel Tower in Paris, but he was also the mastermind behind Porto’s Maria Pia rail bridge, built 10 years earlier in 1877. This bridge was actually the last project Eiffel worked on before overseeing the construction of his famous Eiffel Tower in Paris, France.

Other famous buildings and constructions made by Gustave Eifell are Garabit Viaduct, Statue of Liberty steel framework. At only 25 years old, his first large-scale project was construction of the iron girder bridge, Pont de Bordeaux, that measured more than 500 meters (1600 feet) in length.

Source: Wonders Of The World