Mayor of Stara Zagora, Zhivko Todorov: The goal is people from Stara Zagora to increase their living standard 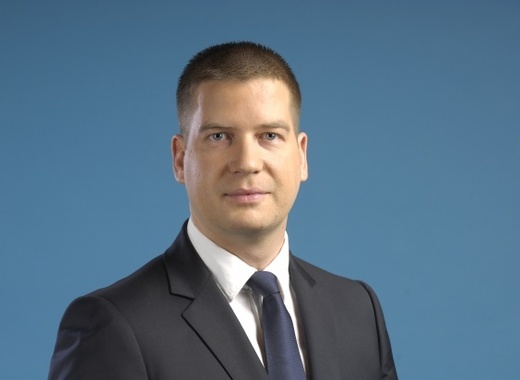 Zhivko Todorov was born in 1981 in Stara Zagora. He holds a degree in European Studies from the University of Sofia. He was elected mayor of Stara Zagora in 2011. In 2015 he was elected for his second term as a mayor.

What standard of living should Stara Zagora reach in order to be a good city according to European standards?

Stara Zagora has to offer all contemporary aspects of good living standard in the 21st century. There has to be well-developed transportation system, good infrastructure, good entertainment and also to be safe. These are the most important things and I believe Stara Zagora offers that even now, if not on a large scale, then at least changes in the city are leading to that.

How has Stara Zagora changed since the start of the implementation of European projects?

The city has changed a lot thanks to European funding. Even people, who do not entirely believe in the success of the European projects, see that something is changing. The city has a lot of new infrastructure developments – we see that old trolleybuses and buses have been replaced with new ones, nice and air-conditioned; there are new information screens at bus stops to show the schedule, new roundabouts, renewed spaces between apartments blocks, etc. Now, a reconstruction of the square in front of the City Hall, is about to take place along with a new pedestrian zone in the center. The “Ayazmoto” park which connects Kolio Ficheto neighborhood with the center of the city. There are new traffic lights, new traffic and surveillance cameras will be put throughout the city. Everything is done for the residents.

One of the major criteria for a good life standard is safety and also cleanliness. What more can be done to enhance safety and tidiness?

The cameras which will be installed will enhance security. One can see that these cameras help for small crimes investigations but they can also be used to prevent them because people will know there are being watched. This way they will follow not only traffic rules but also be careful about their behavior in society.

Is there any development regarding your idea of municipal police and more power for mayors?

On January 19th I will take part in a Commission which will focus on this question. The opportunity for the mayors to have more power to fine irregular activities and the establishing of a unit to fight socially unaccepted behavior will also be discussed. This is definitely a way towards better living, especially when mayors have more power. People  are always complaining on the internet about fines they think they don’t deserve. Well, now, whoever does not want to be fined will have to follow the socially accepted behavior. I hope people change their mindsets soon because otherwise nothing good will happen.

What do you think is the most important for the people of Stara Zagora as European citizens?

The most important thing for everyone is to have better life-standard and increasing quality. Everyone is aware that Bulgaria does not offer the best living conditions compared to other European countries but our goal is to reach the high level of the more developed ones. This is our reality and I think people are expecting exactly this. People who have chosen to stay in Bulgaria want our country to develop faster.

What does Stara Zagora attract Europeans with?

Stara Zagora attracts with its living conditions – the city is calm and there are many business opportunities and tourism, this is, however, to an extent. I am saying that it is to an extent because we cannot compare with large tourist destinations with a lot of cultural heritage and architecture. In terms of architecture, Stara Zagora is a new city. So we cannot compare with Prague or Budapest. But Stara Zagora has its advantages too – it is a contemporary city, calm and with dynamic business environment and I think this is the future of Stara Zagora – to develop as a business city. In terms of culture, Stara Zagora is also quite well-developed. The city wins positions in various cultural rankings. We have to offer a unique product, and I think we do – the “Golden linden” cinema festival takes place in the city.  We also organize a Jazz Festival; several days before the city holiday we will organize culture days. I think these are realistic opportunities for Stara Zagora.