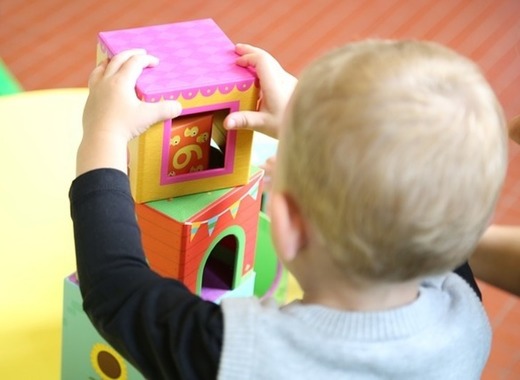 New facility dedicated to children with autism spectrum disorder opens doors in Warsaw. The new special-needs nursery was constructed on the site of the School and Nursery Complex No. 10. which has housed a special-needs primary school for more than a decade. The same building has also undergone an extensive renovation and 51 pupils have been attending the school since last autumn. On top of the extensive renovations, a new gym was built. The total cost of the school’s upgrade and the construction of the nursery exceeds PLN 10 million.

Located at 4 Tarchomińska, the nursery disposes of 8 classrooms and rooms where remedial classes such as speech therapy, sensory integration, music therapy will take place. A patio with benches and a water spring for relaxation and therapeutic functions will serve the needs of 19 children, aged 3 to 8, currently attending the nursery.

The enrolment procedure has already been launched with the objective of admitting 8 groups. The new nursery comes in response to the growing number of children diagnosed with the disorder, which has doubled since 2015. During his visit to the nursery Mayor Rafał Trzaskowski underlined the importance of early diagnosis and support for increasing the chances of an independent life. “We know that the number of children diagnosed with autism is growing in educational institutions. This results from improved diagnostics and awareness of parents, teachers and other persons present in children’s surroundings,”, said Trzaskowski.