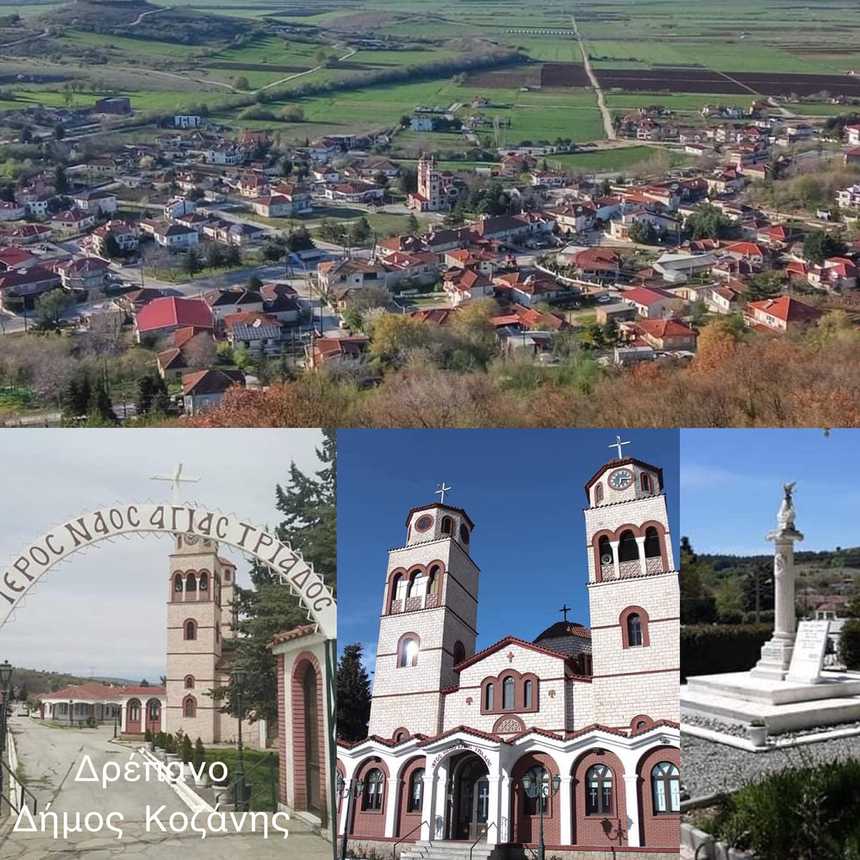 Artefacts dating from the prehistoric to the Byzantine period could be found in many places across Kozani. The city was founded by Christian settlers who, after the Ottoman conquest, withdrew from the plains of Macedonia to the mountains, during the XIV-XV centuries.

The secure position of the area attracted other Christians expelled from Epirus in 1392. Together with them, many cattle-breeders also moved to the region.

The first recorded mention of Kozani is in an Ottoman register dating back of 1528, as a settlement with 91 houses. In 1664, the church of Agios Nikolaos was built.

In 1668, the library and the school of Kozani were established. During the XVII and XVIII century, commercial relations with the countries of central Europe helped the city to flourish economically.

In 1770 the growth of Kozani was disrupted, because of conflict between the local inhabitants and Kozanite merchants in central Europe. In the same year, the city was pillaged by Ottoman beys.

In 1830, a subsequent incursion by Aslan bey ravaged Kozani immensely. In 1855 in the nearby St. Nicholas Church a 26 meters high bell tower was built – the future symbol of the city.

In the late XIX and XX century, Kozani was part of the Manastir Vilayet of the Ottoman Empire.

On 11 October 1912, the Greek army entered Kozani, during the First Balkan War, after its victory against the Ottoman army in the Battle of Sarantaporo. In 1923, during the exchange of population between Greece and Turkey, around 1,400 Greek families coming from Pontus and Asia Minor settled in Kozani.

In the XX century, Kozani grew drastically. The lignite reserves in the area began being used by the Public Power Corporation, making Kozani the foremost producer of electrical power in Greece.

The Municipal Library of Kozani called "Kovendareios" is the second biggest in Greece, with its 150,000 books, rare publications and valuable documents. Kozani was included in the National Cultural Network of Cities. The Institute of Book and Reading was also established and Kozani is now known as a “City of Books”.

Kozani is a city and municipality located in northern Greece. It is the capital of the Kozani regional unit and of the West Macedonia region. The population of the Municipality of Kozani is over 70,000 people.

Kozani is the administrative, commercial, economic, and transport centre of the region of West Macedonia. It is situated in the western part of Macedeonia, in the northern part of the Aliakmonas river valley.

Kozani is known for its significant contribution to the electricity supply of Greece. A big percent of the population works in the Public Power Corporation's Agios Dimitrios Power Plant, the largest power plant in the country. In the area of Kozani one can also find the Western Macedonia Lignite Center, which produces 40% of the electric energy of Greece.

Famous local products are marble, saffron, fruits, wine and specialized arts and crafts industry. Every September, the Commercial Exhibition of Kozani takes part in the Exhibition Centre of West Macedonia in Koila Kozanis. There, many firms from Greece and other Balkan countries also take part with their own local produce. 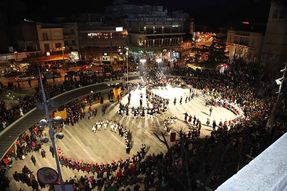 One of Kozani's main touristic selling points is its very own local folklore. The Kozani carnival is one of the most important events in the region, taking place annually at the end of winter.

During the carnival, great bonfires are lit in different parts of Kozani. Every night, a different district lights its fire and people dance around it. On the last night of the event, all fires are lit together.

Every fire (fanos) welcomes visitors and locals to the district with local songs and dances. Everyone can test local delicacies, namely kichia (feta cheese wrapped around a snail-shaped phyllo) and meatballs, as well as wine.

At the end of every summer the Lassaneia Events take place in Kozani. Theatrical representations, concerts, athletic events etc could be seen in this time of the year. The new authors song festival "Nikolas Asimos” is also a part of these events.