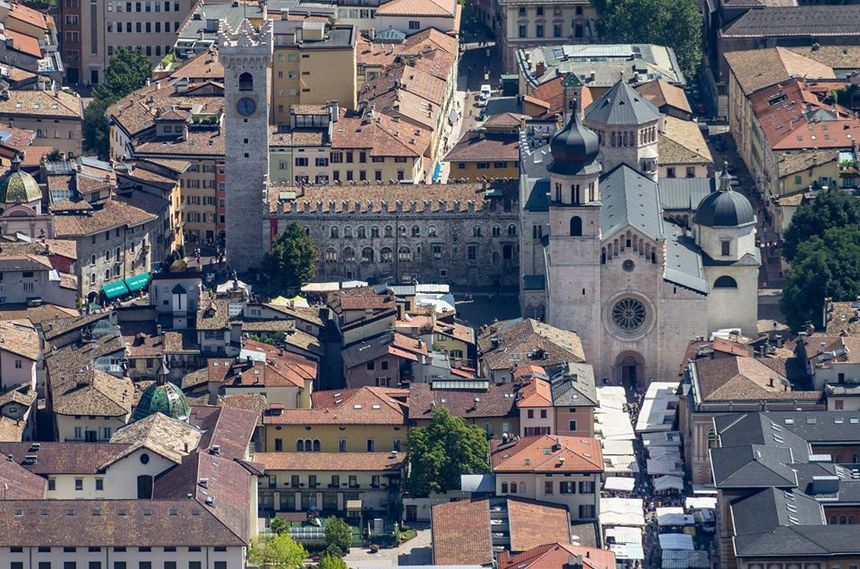 Trento was conquered by the Romans in the late I century BC. Its name derives from the word Trent, which is a tribute to the Celtic god of the waters (because of the river Adige). In turn, the Romans gave it the name Tridentum as tribute to the Roman god Neptune.

After the fall of the Western Roman Empire, the independent bishopric of Trento was conquered by Ostrogoths, Byzantines, Lombards and Franks, finally becoming part of the Holy Roman Empire. Emperor Conrad II created the Prince-Bishops of Trento, who wielded both temporal and religious powers in 1027.

In the following centuries, however, sovereignty was divided between the Bishopric of Trent and the County of Tyrol. In the XIV century, the region of Trento was part of Austria. The dukes of Austria (Habsburg Family) were also the counts of Tyrol and ruled over the region for 6 centuries, until 1918.

In the XVI century, Trento became notable for the Council of Trent which gave rise to the Counter-Reformation. During this time, and as an expression of the Humanism, Trento was also known as the site of a Jewish printing press.

In 1802 as a result of the reorganization of the Holy Roman Empire, the Bishopric was secularized and annexed to the Habsburg territories. In 1805 the Treaty of Pressburg ceded Trento to Bavaria. The Treaty of Schönbrunn 4 years later gave it to Napoleon's Kingdom of Italy.

In response, the local population staged armed resistance to French domination. The resistance leader Andreas Hofer who recovered Trento for the Austrians in 1809, was welcomed with enthusiasm by the population of the town. Around 4,000 Trentinian volunteers died in battle against the French and Bavarian troops. In 1810, Hofer was captured and brought to Mantua where he was shot by the order of Napoleon.

With Napoleon's defeat in 1814, Trento was again annexed by the Habsburg Empire. Trento was governed by the secular administration of Tyrol.  In the following decades, Trento experienced a modernization of administration and economy with the first railroad in the Adige valley being opened in 1859.

During the late XIX century, Trento and Trieste, cities with ethnic Italian majorities, but still belonging to the Austrians, became strategic objectives of the Italian irredentist movement. In 1909 Benito Mussolini briefly joined the staff of a local newspaper, but left Trento because they could not create an anti-Austrian group.

After World War I, Trento and its Italian-speaking province, along with Bolzano and the part of Tyrol that stretched south of the Alpine watershed, were annexed by Italy.

When the allies invaded Sicily in July 1943 Mussolini was removed as Prime Minister. The country surrendered to the Allies and declared war on Germany. German troops invaded northern Italy and the provinces of Trento, Belluno and South Tyrol became part of the Operation Zone of the Alpine Foothills, annexed to Germany.

From November 1944 to April 1945, Trento was bombed as part of the so-called "Battle of the Brenner". Parts of the city were hit by the Allied bombings. In spite of the bombings, most of the medieval and renaissance-era city centre was spared. Trento was finally liberated on 3 May 1945.

Since the 1950s, the region has enjoyed prosperous growth, thanks in part to its special autonomy from the central Italian government.

Trento is a city and municipality on the Adige River in Trentino-Alto Adige in Italy. It is the capital of the autonomous province of Trento.

Trento is an educational, scientific, financial and political centre in Trentino-Alto Adige, in Tyrol and Northern Italy in general. With almost 120,000 inhabitants, Trento is the third largest city in the Alps and second largest in the Tyrol.

Trento often ranks highly among Italian cities for quality of life, standard of living, and business and job opportunities. Trento is also one of the nation's wealthiest and most prosperous cities, with its province being one of the richest in Italy.

Trento owes much of its unique economy to its position along the main communication route between Italy and Northern Europe and to the Adige river. The Adige river was formerly a navigable river and one of the main commercial routes in the Alps.

The Economy Festival of Trento was established in 2006 in order to enable and facilitate discussions between economists and a broad public. The festival takes place every year at the end of May on the historic Palazzi of the old town in Trento. 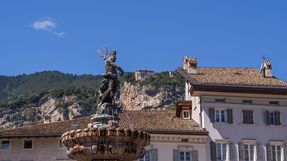 The city centre of Trento is small, and its most Late Medieval and Renaissance buildings have been restored to their original. Parts of the medieval city walls are still visible in Piazza Fiera, along with a circular tower.