Starting 19 June, football stadiums in Poland will begin partially reopening to the public 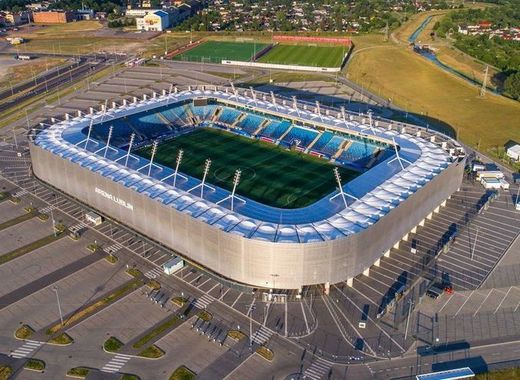 Great news for the football enthusiast of Poland – the date and place of the finals of the Totolotek Polish Cup are now known. The finals of the second-most popular football event in Poland will take place in Lublin, on July 24th, at the municipal Arena Lublin at 20:00, as announced by the mayor of the city Krzysztof Żuk on his Facebook profile.

“I talked about this yesterday with the president of PZPN Zbigniew Boniek. I assured that we are fully ready to organize the final match at Arena Lublin. And today we have the official decision of PZPN!” wrote the Polish mayor.

This certainly is great news for sports enthusiasts from all across the country, who much like everywhere else in Europe, have been deprived of watching live games for months, due to the coronavirus restrictions. The announcement of the time and place of the final game in the Polish football competition is, however, just one among several reasons for joy for the fans.

Last week, the government of Poland also announced the partial reopening of football stadiums to the public after 19 June. Football fans will be able to take up to 25 per cent of the seats in stadiums while adhering to the strict sanitary requirements in place.

No grouping of people, appropriate rules regarding disinfection, purchase of tickets and assembling of fans in the stadium - solutions to all these problem areas are yet to be developed in cooperation with the Polish Football Association, also explained the country's government.

Furthermore, after a break related to the epidemic caused by coronavirus, PKO Ekstraklasa players, as well as I and II leagues, came back to the pitch last weekend. The first match of PKO Ekstraklasa football league - albeit without the supporters in the stands – was held on May 29 at 18.00 in Wroclaw.