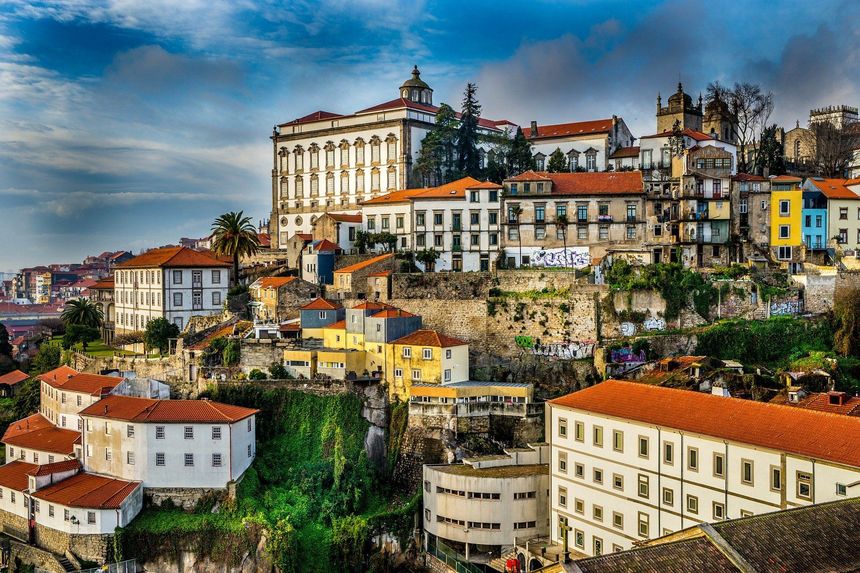 Porto is one of the oldest European towns, and its historical core was proclaimed a World Heritage Site by UNESCO in 1996. The western part of its urban area extends to the coastline of the Atlantic Ocean. Its settlement dates back many centuries, when it was an outpost of the Roman Empire. Its combined Celtic-Latin name, Portus Cale, has been referred to as the origin of the name "Portugal", based on transliteration and oral evolution from Latin.

Known as the city of bridges, Porto built its first permanent bridge, the Ponte das Barcas (a pontoon bridge), in 1806. Three years later, it collapsed under the weight of thousands of fugitives from the French Invasions during the Peninsular War, causing thousands of deaths. It was replaced by the Ponte D maria II, built between 1841–43 and popularised under the name Ponte Pênsil (suspended bridge). Now, only its supporting pylons have remained.

The Ponte D maria, a railway bridge, was inaugurated on 4 November of that same year. It was considered a feat of wrought iron engineering and was designed by Gustave Eiffel, notable for his tower in Paris. The later Ponte Dom Luis I replaced the aforementioned Ponte Pênsil.This last bridge was made by Teophile Seyrig, a former partner of Eiffel. Seyrig won a governmental competition that took place in 1879. The bridge was opened to the public on 31 October 1886.

Porto is the second-lagrest city in Portugal after Lisbon and one of the major urban areas of the Iberian Peninsula. The urban area of Porto, which extends beyond the administrative limits of the city, has a population of 2.4 million (2011) in an area of 389 km2, making it the second-largest urban area in Portugal. It is recognized as a Gamma+level global city by the Globalization and World Cities (GaWC) Study Group, the only Portuguese city besides Lisbon to be recognised as a global city.

Since Port is the most important city in the heavily industrialized northwest, many of the largest Portuguese corporations from diverse economic sectors, like Altri, Ambar, Bial, CIN< Frulact, Lactogal, Porto Editora, Sonae, and Unicer, are headquartered in its Greater Metropolitan Area, most notably, in the core municipalities of Maia, Matosinhos, Poro and Vila Nova de Gaia.

The country's biggest exporter (Petrogal) has one of its two refineries near the city, in Leca da Palmeira (13 km).

The city's former stock exchange (Bolsa do Porto) was transformed into the largest derivates exchange of Portugal, and merged with Lisbon Stock Exchange to create Bolsa de Valores de Lisboa e Porto, which eventually merged with Euronext, together with Amsterdam, Brussels, LIFFE and Paris stock and futures exchanges. The building formerly hosting the stock exchange is currently one of the city's touristic attractions, the Salão Árabe (Arab Room in English) being its major highlight.

One of Portugal's internationally famous exports, port wine, is named after Porto, since the metropolitan area, and in particular the cellars of Via Nova de gaia, were responsible for the packaging, transport and export of the fortified wine. 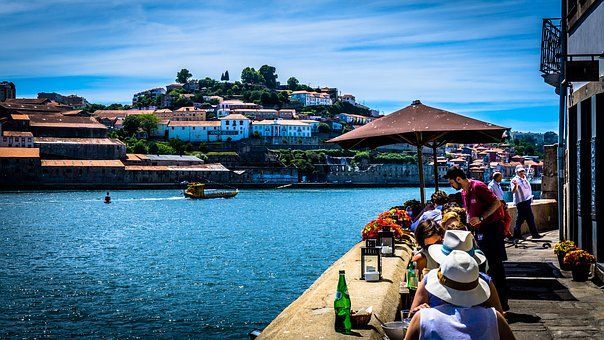 Porto's most popular event is the Festival of St. John (Sao Joao Festival) on the night of 23–24 June. In this season it's a tradition to have a vase with bush basil decorated with a small poem. During the dinner of the great day people usually eat sardines and boiled potatoes together with red wine.

Another major event is Queima das Fitas, that starts in the first Sunday of May and ends in the second Sunday of the month. Basically, before the beginning of the study period preceding the school year’s last exams, academia tries to have as much fun as possible. The week has 12 major events, starting with the Monumental Serenata on Sunday, and reaching its peak with the Cortejo Académico on Tuesday, when about 50,000 students of the city's higher education institutions march through the downtown streets till they reach the city hall. Every night of the week a series of concerts takes place on the Queimódromo, next to the city’s park, where it’s also a tradition for the students in their second-to-last year to erect small tents where alcohol is sold in order to finance the trip that takes place during the last year of their course of study; an average of 50,000 students attend these shows.

Over the last years, Porto has been experiencing an important touristic expansion, mainly caused by the Ryanair hub at Francisco de Sá Carneiro Airport. Porto won the European Best Destination 2012, 2014 and 2017 awards.