Zalău is transforming into a modern, European and attractive city for future generations

Interview with Ionel CIUNT, Mayor of Zalău in Romania 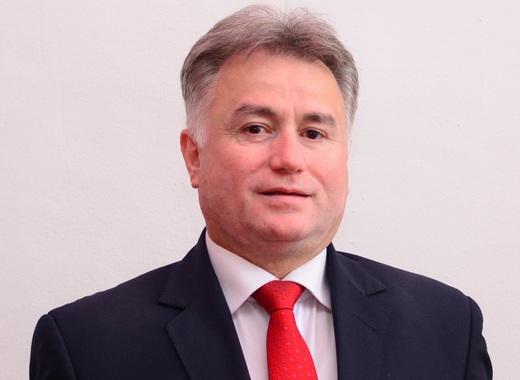 Ionel Ciunt is former prefect of Sălaj county. In June 2016 he received the confidence of the citizens of the Municipality of Zalău and was voted mayor. He assumed the responsibility of transforming Zalău into a truly European city.

The main objectives of his mandate is to improve the quality of life of the citizens of Zalău municipality as well as the city's economic development, infrastructure,  energy efficiency and education system as part of the strategy of urban development.

Zalău from above. Photo: Zalău municipality

Zalău is as a perfect mix between old and new, between history, tradition and modernism. Mayor Ciunt, please describe the city in a few sentences.

The city of Zalău, in a continuous change, is located at the western base of the Meseş mountains, in a depression surrounded by hills, in the hydrographic basin of the Zalău Valley, at the contact area between the depression of the same name and the Meseş peak. It is located near the border of the former Roman Empire, more precisely at 8 km from the Roman Castrum Porolissum - the strongest defense fortification in the northwestern part of the Dacia Roman Province. In the medieval era, it represented the passage from the centre of Europe to the heart of Transylvania, through the well-known "salt road".

Today, the city of Zalău, is on the axis Cluj - Satu-Mare - Petea Vama, DN 1F - E 81 and is connected to a road network with access to western Europe. In addition to its economic importance, the city of Zalău is also a cultural, educational centre, as well as an attractive tourist area. It is a historical city, documented for the first time in 1220, with a history that we have endeavoured to preserve over time, by engaging in projects that are meant to enhance a long-standing tradition for a while, impregnated with culture and local values, so important in our spiritual definition.

Assuming the post of Mayor in 2016, you decided on the goal of transforming Zalău into a truly European city. How far did you go in achieving this aim?

Turning the Zalău into a truly European city means completing the ongoing projects, as well as others included in the Integrated Urban Development Strategy. The main concern of me and of the team that leads the local administration today is that the young people want to stay in the city and those who leave want to return home.

How has Romania's EU membership contributed to making Zalău a better city to live in? Please tell us more about your most important EU-supported projects.

Romania's accession to the EU created the possibility of having access to European funds, and the current administration is very active regarding their management, according to the urban development strategy, to finance projects to increase energy efficiency, to rehabilitate public buildings or to acquisition electric buses or rehabilitation of green spaces, thus reducing the level of greenhouse gas emissions, and at the same time transforming it into a modern, European and attractive city for future generations.

Valuably speaking, we managed to attract, in different types of projects, almost 100 million euros in non-reimbursable European funds in 3 years, and this will undoubtedly be seen in what means to increase the quality of life in our city.

With a rich history of culture, business and trade, Zalău is one of the most competitive and dynamic cities in Romania. How did you manage to attract new investments and strategic projects?

To attract investments, we develop the necessary urban framework. In this regard, a de minimis aid scheme has been approved to stimulate investments and create new jobs. We relaunched the dual education, regarding the training of the necessary skills for the personal and professional development of the young people, in partnership with the local investors who promote the technical education adapted to the needs of the market of our city.

How do you evaluate the initiative of a unified platform for European municipalities and its goal to keep European citizens informed about what is taking place in their cities? How the portal can be useful to you and to the citizens of Zalău?

I consider this initiative beneficial, because it is a means by which citizens are properly informed with the latest news about what is happening in the European Union, and those who are left can find out directly about the transformations through which the hometown goes, can represent an exchange of good practices and also an inspiration for the local administrations of the cities registered on the www.themayor.eu platform.

How do you see Zalău after 20 years?

How do I see the city of Zalău over 20 years? Over 20 years I see a Zalău with the same warm and rejuvenated people, I see a city transformed into a truly European one, with modern and extended road infrastructure, with quality services in the education system, with a high standard of living, a city in which young people will want to live.

Find out more about Zalău here