Today, Austrian Environment Minister Leonore Gewessler inaugurated the country’s largest solar farm. The experimental installation should cover 100% of the summer electricity needs of the nearby town of Friesach.

Using your own hands to build the future

The climate protection project is a collaboration between KELAG, GREENoneTECH and Unser Kraftwerk with a cost totalling around two million euros. The investment came from the Austrian federal government and the State of Carinthia.

KELAG is a local energy provider, while GREENoneTECH is supplying the solar panels. The latter has a unique technology for manufacturing their product, as five trained employees make the panels by hand. Their production capacity is 12 panels per shift and the company filled out the work order in just eight weeks. 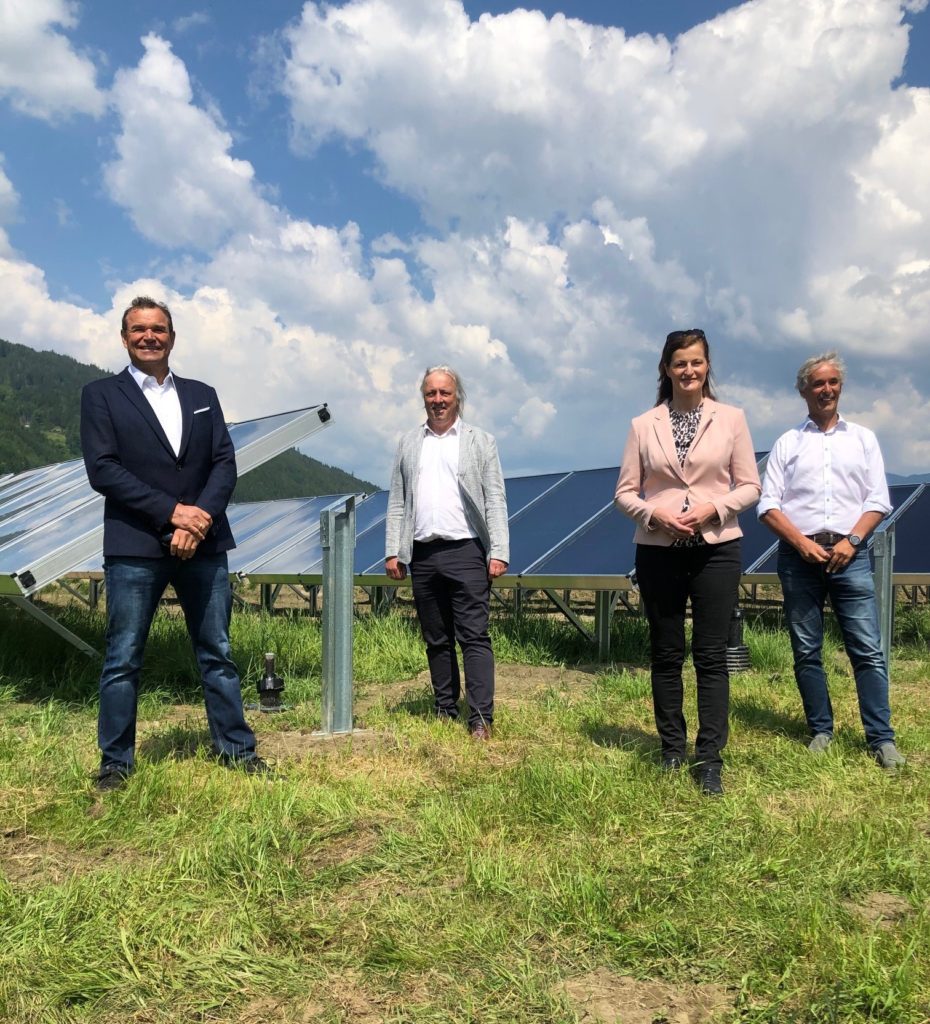 The finished solar collector field has 436 photovoltaic panels installed on an area of 5,750 square metres. The installation will generate 2.8 million kilowatt-hours of power per year. In the summer, the solar park will provide all of the hot water that the area needs. And it should also be able to completely power a total of 500 homes.

The solar farm in perspective

In the transition months like autumn and spring, the city can use the energy for heating. According to a preliminary estimation, the new solar park will meet around 15% of the annual heating requirements of citizens of Friesach. The thermal power that the plant will generate will be fed into a 10-kilometres-long pipe, powering the district’s heating network.

Furthermore, the local council had to carefully consider the location of the new solar plant. On the one hand, the plot needs as much sunshine as possible and on the other, the project aims to avoid as much soil selling as possible.

The managing director of GREENoneTECH, Robert Kanduth, explained that this was a showcase project for him and his company adding: “We have already received registrations from Italy, Chile and Mexico to inspect this system. Austrian know-how is carried around the world and we can proudly claim to play an important pioneering role in achieving climate protection goals.

Friesach is a lovely town in the south of Austria and it has a modest population of 5,000 people. While powering a small town in summer does not seem like an impressive achievement, it is a step in the right direction towards meeting the country’s ambitious climate goals.