Upgrade efforts will last throughout the year

The participatory budget initiative is gaining ground across Lithuania

Bratislava charts course for recovery with its 2021 budget

Alongside the vote for the budget, the Slovak capital also issued a ban on gambling in the city

Espoo – the city where foreigners feel right at home

It was constructed as part of an EU-funded collaboration

THE DISSOLUTION OF CZECHOSLOVAKIA

Launched by the local government, the service will allow everyone to get additional information on different kinds of sports and activities in the city

They are still uncommon in Poland

The Future Of Public Transportation: Trends of 2024

Let’s take a look together

Everyone, come on board 2021 – this is the European Year of Rail

Kristijan Jurjako: I would also like to see all of us here, regardless of our differences, work together for the benefit of our Cres

Youro Casier: Wervik went trough a real metamorphosis in the past few years

Stephen Sultana: We must leave our town to our children in a much better shape than we have found it

EU Commissioner Janez Lenarčič: Local authorities know better than anybody the reality on the ground and can best plan for the recovery after a disaster

Valter Glavičić: Let us turn our history into a heritage and build upon it the Labin of tomorrow

Marvin Rees: Everyone who chooses Bristol as a place to live, work or study is welcome, valued and respected

Last week, Greek authorities gave the green light to the reopening of the stunningly beautiful beach of Navagio on Zakynthos island. After the rockfall last summer, the introduction of new security measures for the upcoming season was imperative.

Navagio beach will now be divided into three zones, which will be clearly demarcated. The first will have free access, the second zone will see restricted use after a rainfall or an earthquake, and it will be supervised. The third zone on the beach will be completely closed to all visitors. 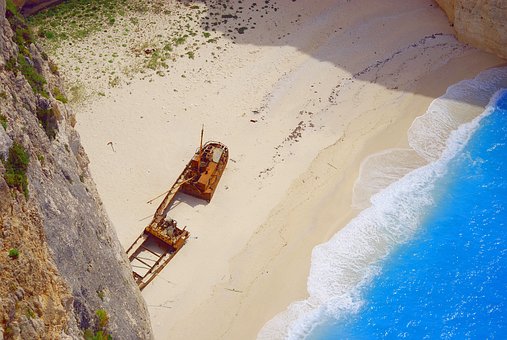 Navagio Beach was originally known as “Agios Georgios Beach.” In 1980, the freightliner MV Panagiotis ran aground in the waters around Zakynthos Island during stormy weather and poor visibility. The ship was smuggling contraband including cigarettes and alcohol. The Panagiotis was abandoned after running aground, and it still rests half-buried in the limestone gravel of the beach, which is now known worldwide by its nickname “Navagio” (“Shipwreck”).

The new state funding will get projects going in St. Margarets, Balrothery, Rolestown and Lusk

All
Spain / L’Hospitalet / Education and Sport

L’Hospitalet offers workshops for the youth who find themselves unsure

That is, unsure of who they want to become in the near future

Discover Espoo through the eyes of children

Düsseldorf on the lookout for its next generations of childcare staff

For the first time, trainings for nannies and childcare staff will be financed by the local government

The local kids took active part in its construction

City of Stockholm is a partner in a new educational initiative

Vienna’s newest library set to open its doors in 2021

It will be the 4th largest library in the Austrian capital

All
Italy / Economy and Finance

Calabria is looking to return to sardine fishing

The move serves both the city’s security and environmental needs

The move serves both the city’s security and environmental needs

Bucharest lays out priorities for 2021

Recovery from the financial crisis, distribution of European funds and the realization of large investment projects are among the main goals of the city

Historical buildings in Athens “liberated” from abandonment and decay