Register now for the Cross-Border Cooperation Congress 2022 in Lublin, 5-7 October

Shall we refer to that Iberian region as “Video Game Valley” from now on?

The award was established in the memory of Paweł Adamowicz, the mayor of Gdansk, Poland, who was assassinated in 2019, during a Christmas charity event for healthcare

Shall we refer to that Iberian region as “Video Game Valley” from now on?

First in the world: a waste-compressing container powered by batteries

With 100% LED public lights: No need for energy cuts in this Romanian town

The move is supposed to help reduce knife crime in cities like Stuttgart, Freiburg and Mannheim

Circus Maximus: one more star in the Ancient Rome 3D-verse

La Sagrada Familia will open its doors for free to 15,000 lucky visitors

The iconic basilica will feature Open Days during the La Mercè festival, 23-25 September

This is a pilot project for the time being, and it represents a growing range of concerns around the idea of “poverty” in society

In 2017, after seven years of planning and deliberation, the city of Esch-sur-Alzette in Luxembourg introduced their cultural strategy for the next 10 years. The document aptly named [Connexions], tried to identify the deficiencies in the sector (as well as its strengths), fix them and rebuild the industry, in a lot of ways, from the ground up.

Also, and this is crucial, the document made ‘culture’ a centrepiece of local development in a way that few cities have dared to attempt.

In the opening lines of [Connexions], the authors boldly claim that in 2027, the scheduled end of the programme, Esch-sur-Alzette should have a defined and internationally recognisable cultural identity. This planned identity should be characterised by three main features: creativity, diversity and innovation.

These are particularly suited characteristics for Luxembourg, as it is a ‘cross-roads’ European land, smooshed between France, Belgium and Germany. The Grand Duchy has three official languages and there are 122 registered nationalities in Esch itself – all this in a country of fewer than 700,000 people.

The Quo Vadis of post-industrial cities

The Latin phrase ‘Quo Vadis’ means ‘Where are you going?’ referring to St Peter’s first encounter with Christ risen from the grave - and the analogy with post-industrial cities is quite apt here. These places were economic and manufacturing powerhouses of the 20th century, attracting low-skill labour with middle-class wages.

However, in the 1980s and the 1990s, the industry moved away from many of these cities, leaving behind an unemployed population and unoccupied factory spaces with a huge gap in the labour market. Many of these cities have since tried to reinvent themselves as cultural hubs by taking advantage of the now derelict structures left by the industrial sector – spacious buildings with high ceilings and open floor plans.

This is what happened to New York in the mid-to-late 1950s when the manufacturing district in SoHo started moving away from Manhattan and artists started moving in. This synergy, though, was one born from economic pragmatism.

The building spaces that these manufacturing institutions were leaving behind were cheap, spacious and located right between Midtown and the Financial District. For the next 20 to 40 years, SoHo became one of the biggest artistic hotspots in the world.

The potent example of New York has been pushing post-industrial cities, especially in Europe, to focus on developing the cultural sector, especially on the shoulders of derelict industrial sites.

Likewise, this is the case in Esch, a major steel-producing city, right between the German industrialised Rhineland and the French coal mines of the northeast – the backbone of the European Coal and Steel Community, that later turned into the European Union.

The local take on cultural progress in the last five years

For an insider take on the cultural development of Esch, TheMayor.EU sought out the opinion of a local – Ognyan ‘Flame’ Darinov, a Luxembourg-based poet and poetry lecturer at the University of Luxembourg. In 2022, Darinov won the Laurence Literature Prize (PRIX LAURENCE) in Bettembourg, a town in the Esch region. 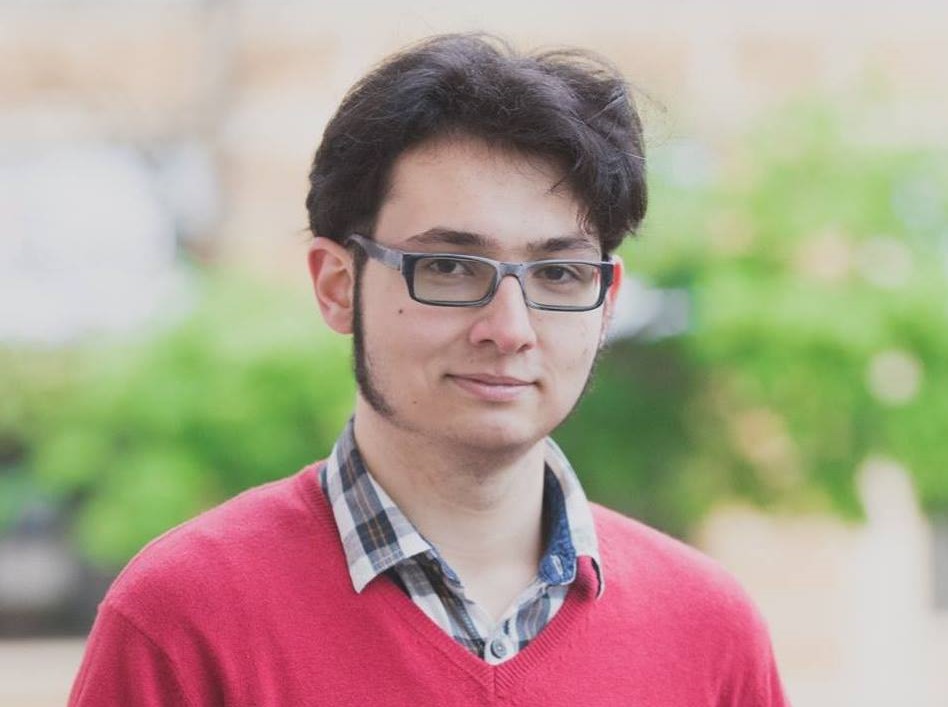 "Locals want to continue developing the cultural sector after Esch2022 is over"
Source: Ognyan 'Flame' Darinov on Facebook

The Prix Laurence was an initiative organised through the European Capital of Culture Esch2022. Darinov himself has been living in the Grand Duchy and the Esch area on and off since 2017.

According to him, when he first came to the region, he did not pay much attention to the local cultural scene, partly because there was not much to pay attention to. In fact, Darinov points out that the first person whom he asked about Luxembourgish literature simply replied: “There isn’t one.”

Darinov continued: “Eventually I got that that was not true and in fact, there were different ‘silent’ sources of literature. In 2017, my first impression of Esch was that it is a city looking for its identity and disregards both its past and present. Or, it doesn’t know which way to turn.”

Then things started to change slowly, he says, when in 2018 the University in Luxembourg opened its course titled ‘Luxembourg Literature in English’, a subject taught by the university’s first professor of Luxembourgish Philology. “Although it is a small step, just a university course, it does show a somewhat general reimagining of the local culture and its place.”

Furthermore, he explained that Luxembourg is home to a lot of different and potent cultures, the French, the German, the English, and for the culture to be truly local, it does need to take a more detached and broad look at the ‘local’.

“Luxembourg culture is not only created in the Luxembourgish language but is also culture that is made about Luxembourg or the very real clash of cultures happening in the country’s territory.”

Mr Darinov is not well versed in the documents and policies around Esch-sur-Alzette’s 10-year cultural plan. Nonetheless, through his own experience, he says that definitely in the last five years, the sector has grown and there is a ‘feeling of diversity’ in the city and the region as a whole.

This is an opinion that is definitely shared by local authorities in their 2021 evaluation of the project, called Agenda21. They also specify that, while not perfect, the region is definitely more culturally vibrant and prepared to take on the challenges of the European Capital of Culture Label.

Furthermore, the report points out that from a cultural scene that was completely detached from city authorities, through cooperation with the Department of Culture, they now have a very intertwined and tight-knit and collaborative community.

However, the biggest challenge is still ahead for the cultural strategy of Esch – the next five years. This is because, quite often, before a city becomes the European Capital of Culture, the administration ramps up the cultural sector with municipal support. Then, during the ‘special’ year activity peaks and support dries up quickly after, leaving a bloated and wabbling sector.

This is something that the Agenda21 evaluation points out too, as now Esch has the actors and venues in place, but it needs to consolidate and future-proof the industry. Mr Darinov, in his own right, has his doubts about the city as a European-level cultural hub in the long term.

“Considering that the population of the Grand Duchy is constantly shifting between borders and nationalities, Luxembourg is a place hard to remember and easy to forget. Nevertheless, thanks to digital media, I think there might be a chance for something to stick. Definitely, the locals have a great desire to continue developing the cultural sector. The question remains, though: How to attract the attention of the international crowd?”

Are you between 15 and 29 years old? Take a moment to complete a short survey on youth empowerment on this link.

The award was established in the memory of Paweł Adamowicz, the mayor of Gdansk, Poland, who was assassinated in 2019, during a Christmas charity event for healthcare

Register now for the Cross-Border Cooperation Congress 2022 in Lublin, 5-7 October

First in the world: a waste-compressing container powered by batteries

EU Urban Mobility Days: Moving people and goods in the direction of sustainability