On Monday, local authorities in Sofia announced that works on the expansion of the third metro line in the city had begun. This section of the metro will stretch for 3 kilometres, reaching into the previously neglected north and north-eastern parts of the city.

The expansion should, however, have a significant impact on city life, as the new line would be able to service up to 90,000 inhabitants in that part of Sofia. With it, city officials estimate that the metro will be able to move 400,000 people daily and up to 150 million annually.

Furthermore, they also put carbon emissions savings at 85 thousand tons and they also expect a drop in car numbers in the corresponding districts. Partially, this would be caused by a buffer car-park that will be constructed on the terminus station, allowing people who visit the city by car to leave it far away from the congested streets in the centre.

A long and hard-fought road

The project for the third metro line cost just under 400 million euros and originally the lion’s share was supposed to be covered by the EU’s post-Covid recovery fund. However, last year was quite bumpy for the Bulgarian executive branch as the country went through 3 successive elections after national representatives were unable to form a government between March and December.

Thus, the draft proposal for the recovery fund was delayed, as successive interim governments amended the document until it was finally rejected by the EU. Now, as Bulgaria’s new government has been in office since December, authorities believe that a new draft of the recovery plan is set to reach the EU in the near future. 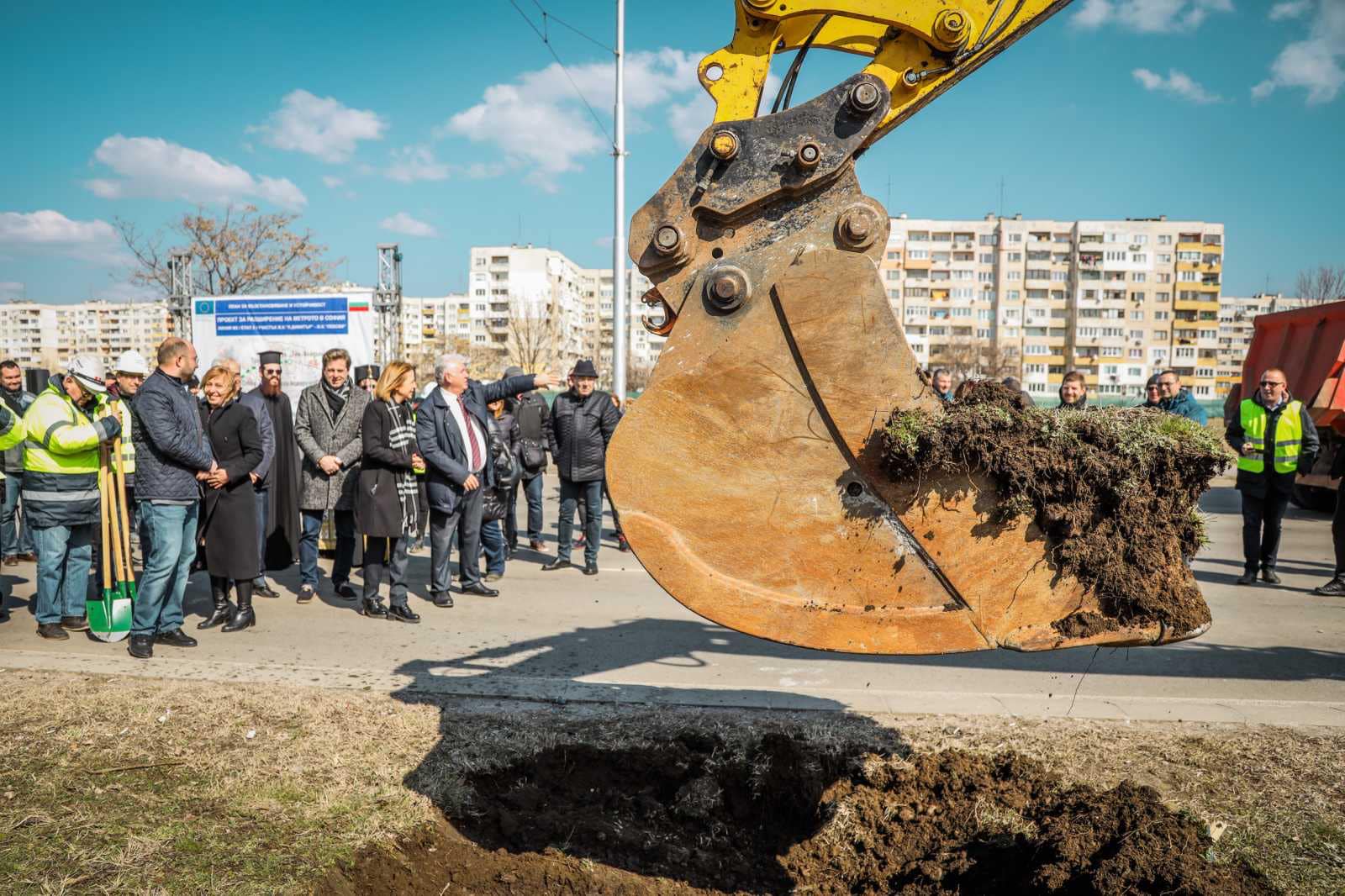 Crucially, though, after months of debates between local authorities in Sofia and the MPs in parliament, funding for the metro was cut. After Mayor Yordanka Fandakova repeatedly petitioned the government to restore it, Prime Minister Kiril Petkov vowed to cover the difference from the national budget.

As that funding was slow to come through, local authorities were forced to take out a loan to the tune of 195 million euros to kick-start the first leg of development. When the national government finally pushed the budget through, their contribution amounted to just 20 million euros. This, however, can only cover expenses for this year, while the whole project is set to last two more.

Mayor Fandakova was quoted in a press release, saying: “My responsibility to the people of Sofia is to not stop the construction of the metro. We cannot afford to start construction on this project and never finish it. Thus, we have an obligation to work with a 200% guarantee for quality in mind.”