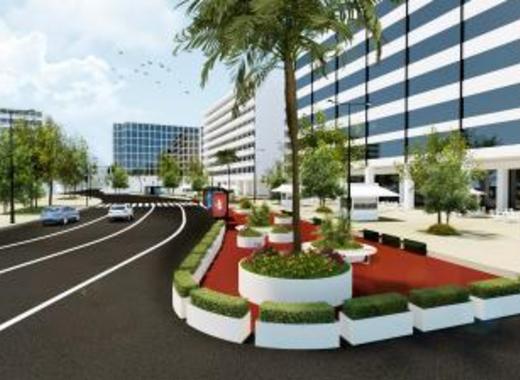 Earlier this week, on Monday, 11 May, the City Council of the Greek capital of Athens announced that it had voted with a substantial majority in favour of one of the largest urban interventions in the history of the city.

The project greenlit by local authorities carries the name “The Great Walk of Athens” and is meant to present locals and visitors of the Greek capital with a brand new vision for the city’s historic centre. Upon its completion, “The Great Walk” will have created a substantial amount of additional pedestrian space as well as new cycling and walking lanes to be used by citizens.

A project to fit the times

The importance of such a large renovation project can not be understated for locals in the Greek capital. On the one hand, the creation of additional space for walking and cycling has become imperative for life in a post-corona world, where social distancing remains key. Furthermore, such large infrastructure projects and their accompanying investments would also prove a great boon to a local economy that has been hard hit by the shockwaves caused by the pandemic.

"The time has come to implement a visionary project, which introduces us to Athens from the beginning. Because, with the Great Walk, the physiognomy of the city centre and our daily life changes. We are taking step-by-step action, what we promised. Let's bring it down, on the capital. To give value to life in the city and to prove with it and the rest of the works, that it is important to live this city, not just to live in it. It is important that this work begins with consensus, dialogue and cooperation. So as it should in such an important project for the city. Because it is a change that is coming for all of us and we all need it to be done” stated the mayor of Athens, Kostas Bakoyannis.

In essence, the project is made up of 6.8 km of pedestrian and cycling paths that would allow those travelling through it to be able to explore all the major attractions that Athens has to offer – including sites like the Acropolis. Currently, it is estimated that the project will be completed sometime in 2022.