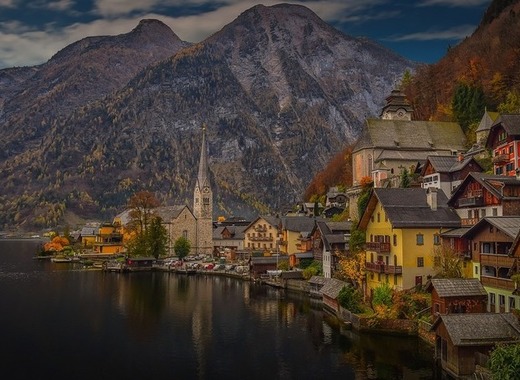 Welcome to Hallstatt, Austria – a town of just 780 citizens, situated in the Salzkammergut in the region of Upper Austria. The town is not only a World Heritage Site but has also been named one of the Most Instagrammable Places in the World. Thanks to its international renown, Hallstatt has reaped the fruits of a booming tourism industry with over 3500 visitors per day.

But as it turns out, one can actually have too much of a good thing. After the premiere of the sequel to Disney’s animated hit “Frozen”, tourist visits to Hallstatt skyrocketed. Why? Because, reportedly, the town is the inspiration for the central location of the series – the fantasy kingdom of Arendelle.

The revelation presented by a Chinese newspaper has sent the local administration scrambling. The massive rise of tourists has wreaked havoc on the small town’s public transport network and locals are getting tired of the whole ordeal.

According to the mayor of Hallstatt Alexander Scheutz, Hallstatt has profited much from the tourist industry – but recent developments are proving too much for the town to handle. With most tourists arriving to Hallstatt by bus, the public transport network within the town has come under heavy strain and locals have been demanding action.

To remedy the newly surfaced issues, local authorities reached an unpalatable but necessary solution. Starting from May 2020, new measures will come into force, which demands arriving tourist buses to register prior to entry into the town. A total of 54 buses will be allowed to enter each day.

To make life easier, the local government has launched a mobile app that displays the available parking spaces in Hallstatt and makes registering for entry easier.

According to Mayor Scheutz the decision to limit the number of arrivals was not an easy one – but the municipality was ready to suffer the economic blowback in order to protect the quality of life and the interests of locals.