Meeting up to 10 people at restaurants and cafés will be possible, so will be travelling 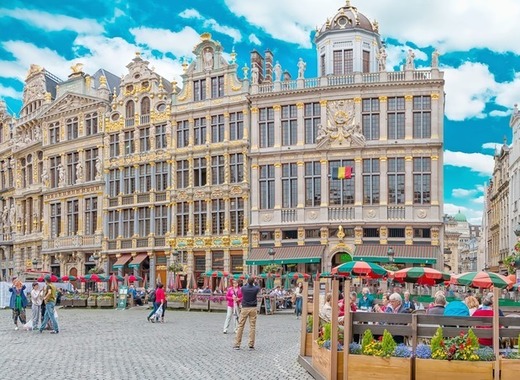 On Monday 8 June Belgium enters the 3rd stage of its lockdown de-escalation plan. The transition to Phase 3 of Belgium’s deconfinement plan was announced earlier this week after the country’s National Security Council met on Wednesday and approved a new set of rules. This means a radical change in what is allowed with regard to the Covid-19 threat.

Since 8 June restrictions become an exception

The new rules that come into effect on 8 June in Belgium suggest that individual liberties once again become the norm, while restrictions constitute an exception. However, the virus is still there, hence regaining said liberties will have to be done in a controlled manner, explained Prime Minister Sophie Wilmès for RTL.

Hence, “the rule of 10” prescribes that it is possible for an individual to have close contact with up to 10 people per week, in addition to his household. These people can change every week.

Group meetings, too, are limited to a maximum of 10 people, children included, regardless of their place (indoors or outdoors). However, citizens are advised to prefer outdoor meetings, if possible.

All organised activities can also restart (provided that their restart is not planned at a different stage of the lockdown de-escalation plan). The hotel and restaurants sector (horeca) can partially resume its activity.

Cafes, bars and restaurants will be opened again on Monday, respecting strict security protocols and will close at 1 a.m. Nightclubs, however, will not be allowed to operate until the end of August due to their inability to provide a safe distance of 1,5 metres between each visitor.

News is not so good for the cultural sector, though. From June 8, cultural activities without an audience will be the only ones allowed to resume. Performances with a public - including cinemas - will be able to restart activities from 1 July.

Organised and supervised sports and cultural activities are limited to 20 people in June and 50 people in July. From June 8, contactless sports activities may resume, regardless of being indoors or outdoors.

The sports halls and fitness areas can also reopen, subject to respecting a security protocol. Swimming pools, saunas and wellness centres remain closed at this stage.

Travelling out of Belgium allowed from 15 June

What is probably the most important is that since 8 June, travelling within Belgium is allowed and a week later – 15 June – the country opens its borders to and from the EU and UK, Switzerland, Liechtenstein, Iceland, Norway (which does not mean that all these countries accept visitors from Belgium, however).

Finally, major mass events like festivals and fairs will not be possible until 31 August, informed the authorities. Should the deconfinement strategy of Belgium unfold as expected, the country will be proceeding to Phases 4 and 5 in July and August.