The Slovak government not only granted the money, but also pardoned a debt that it had accumulated over the past couple of years 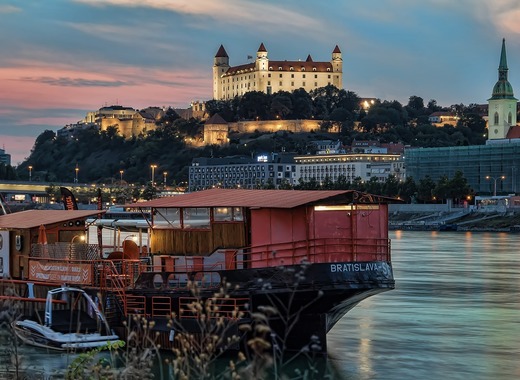 The government of Slovakia recently announced a new batch of state financing going towards the country’s capital of Bratislava. Prime Minister Peter Pellegrini has proposed the allocation of 10 million euros from the national budget to the city with the goal of helping local authorities in financing their many initiatives.

“Bratislava will receive a proper budget contribution of €10 million for the first time next year, and I expect that every government to come will respect this rule,” he stated as quoted by spectator.sme.sk.

The government further proposed the allocation of 5 million euros to the Bratislava boroughs. Not only that, but the state will forgive Bratislava’s 10 million euro debt that it had accumulated in 2014 and 2015 – much to the delight of the city’s mayor Matúš Vallo.

The 15 million euros will be used by the local authorities of Bratislava to wrap up some vital projects for the city and to increase its spending in some areas deemed important by residents.

Among the beneficiaries will be St. Martin’s Cathedral. Renovation efforts were supposed to cost around 150,000 euros, but the price bloated to 650,000 – thanks to the newly received funding, the city will be able to handle the increase.

When it comes environmental policies, the funding will be used to finance the planting of 10,000 trees in the city, the renovation of Sad Janka Kráľa Park and numerous upgrades to the city’s public transport network – including the purchase of new vehicles and improving the roads and railway lines across the capital.

Finally, the government has expressed its interest in seeing the construction of a new Cultural Centre in Bratislava – something that other major European capitals already have and is sorely needed by the Slovakian city, according to authorities.