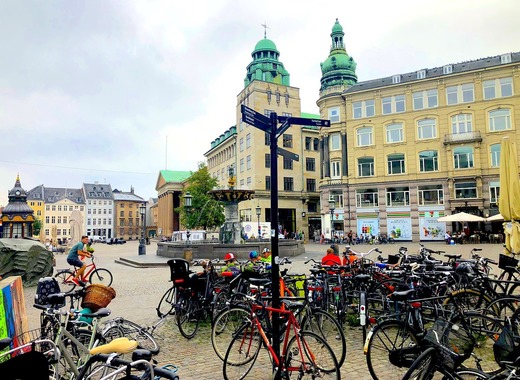 The Danish capital of Copenhagen has been named the world’s top cycling destination according to the 2019 edition of the Copenhagenize Index. The index has been keeping track of the developments in urban cycling infrastructure since 2011 and has been publishing regular updates on the changes in attitude, policy and financing related to cycling in cities across the world.

The Copenhagenize Index and the number one spot

The Index takes into account over 600 cities from across the world with over 600,000 inhabitants (including capitals) and ranks them by taking into account a number of parameters. Some 115 cities with a bicycle modal share of over 2% advance to the 2nd round where they are judged based on their achievements in promoting cycling.

Taking into account these 13 points, it should come as no surprise that Copenhagen has taken the top spot. Local authorities have been pushing for the establishment of cycling as a predominant mode of transportation for years and are not showing any signs of stopping – especially taking into account the coronavirus crisis which has provided further impetus for the development of the city’s cycling infrastructure.

By embracing cycling as a viable alternative, the Danish capital is not only keeping itself safe and healthy but can also focus its economic recovery efforts on infrastructure projects that would make life better for all those who live in the city.