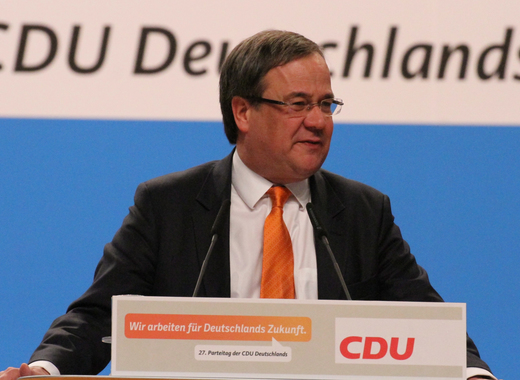 Local elections will be taking place today in the German region of North-Rhine Westphalia. Citizens of over 350 town and cities will not only be electing their local governments and mayors, but their votes will also be the first in a series of ballots that will ultimately lead up to the German federal elections in the Autumn of 2021.

These elections will be unlike any other in living memory in Germany for two main reasons. On the one hand, from a voter’s perspective, many citizens will judge local officials not on their years-long track records but instead on their handlings of the coronavirus pandemic. Meanwhile, from the point of view of parties and political organisations, the very manner in which the vote will take place is something entirely new and different and might lead to unexpected results.

Due to the coronavirus pandemic, cities across the region have had to implement different kinds of measures that would allow for all citizens to remain safe during the electoral process. Two of the key changes that must be kept in mind are the fact that more people than usual have decided to deposit their ballots via mail which might result in a higher turnout and the decision to relax the preconditions for parties and organisations to register for the elections – due to the coronavirus restrictions, many of them were allowed to do so while presenting fewer signatures than what would normally be required.

Tight races and omens for the future

The traditional loss of support for mainstream parties that has been endemic for the German political establishment for the last few years appears to show no signs of abating. While the governing CDU managed to stem its losses, thanks to the federal and regional governments’ robust response to the coronavirus pandemic, they are not without critics – and many of their incumbent mayors will face tough challenges as they attempt to win over the support of more than 50% of the populations.

North Rhine-Westphalia is also the region governed by one of the emerging figures in the fight to succeed Angela Merkel in the next federal elections – Armin Laschet. He himself faced wide criticism back in April for his desire to remove many of the coronavirus lockdown restrictions but his polling numbers appear to have recovered as the region emerged from the crisis. These elections will be one of the first tests for him as the battle for the Chancellor’s post heats up in the coming months.

Winners and losers – according to polls and trends

The big winners in these elections, according to the polls, will be the Greens, who are looking strong in several cities where they might win over the mayoral spot and are displaying great support all across the region which would give them the opportunity to act as kingmakers in many City Councils.

Meanwhile, the future looks far bleaker for the centre-left SPD, which is still struggling to find its footing with just a year to go before the federal elections. Currently, of the larger cities in the region, it is just in Bielefeld where the SPD incumbent stands a chance of securing a 2nd mandate in the 2nd round.

The situation is even worse for the far-right AFD, however, as the party has struggled with infighting for the last few months. Splintered into far-far-right and moderate-far-right factions, the AFD, which is traditionally weaker in North Rhine-Westphalia, appears in no shape to seriously contest the elections and to wrestle control of key parts of the regions.

Nonetheless, as previously mentioned, these elections are unlike any we have ever seen. Thus, surprises are not out of the question and they might end up being the first in shaping the future of German politics.