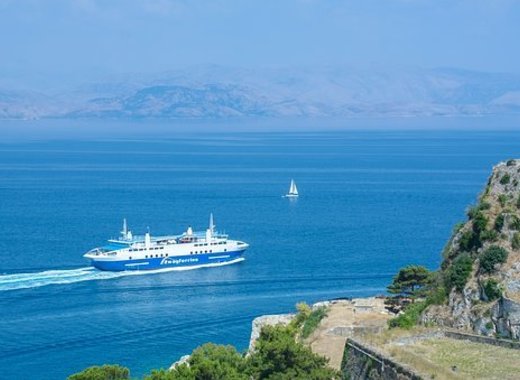 The Cypriot Shipping Ministry announced its plan to establish a ferry link connecting Cyprus and Greece by 2020. It will be making the rounds once a week between May-September and once every two weeks during the rest of the year. The Ministry will soon submits an application for funding to the European Commission in order to finance the transport initiative. The plan will complete all required procedures by the summer of 2020, depending on when the EC will respond to the application and interest by investors.

“If we receive a response by the European Commission by autumn, we will be able to launch a call for bids after Christmas,” said Cypriot Deputy Shipping Minister Natasa Pilidou. She added that there is increased interest by investors and that the ferry link will be partly financed by the state.

There have long been calls for the restoration of a ferry link between the two countries after it stopped operating in the year 2000. Previous efforts have stumbled on the financial problem, with feasibility studies indicating that such a link would not be financially viable. Now, there are renewed calls on the Cypriot government to seek a solution with a recent online petition having collected thousands of signatures. In the petition addressed to the mayors of Limassol and Piraeus and the port offices of both countries, the citizens expressed their opinion that airline tickets are too expensive. The ferry link would bring medium and long term benefits to both countries, boosting tourism, creating jobs and generating competition with airlines, thereby leading to cheaper fares.