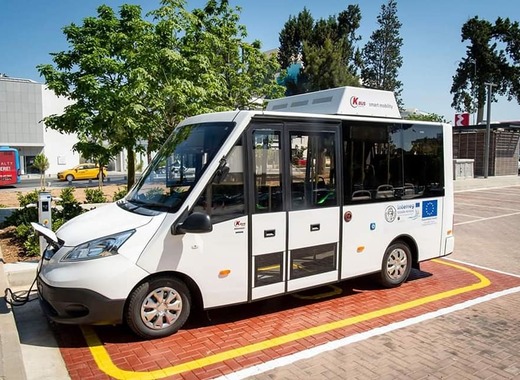 The Cypriot city of Paphos has become the first municipality in the country to introduce the use of an electric bus into its own public transport fleet. This achievement and example of forward-thinking is a clear signal to other cities across the island that a sustainable transformation of public transport is possible and can be done, given the proper attention.

Lighting the way for others

The bus purchased by the municipality of Paphos costs a total of 260,000 euros, along with its charging station. It has a capacity of 22 people and provides plenty of extras and accessories – like for example special provisions for eased access of persons with disabilities.

The vehicle was inaugurated last week by the mayor of the city Phedonas Phedonos at a special ceremony during which he pointed out the achievement of Paphos municipality in becoming the first city in Cyprus to have such a vehicle in its fleet. He further expressed his hopes that other administrations will also consider becoming more environmentally friendly by incorporating electric vehicles into their own bus fleets.

The new vehicle immediately entered into its trial phase, travelling along specially designed test routes. Authorities, however, believe that it should be able to take up regular paths as early as September. These routes will take passengers along the town’s historic and cultural monuments and near some of the most important places in the city – like for example the hospital and, of course, the old town and city centre.

The charging stations that came with the electric bus is also something that the municipality is eager to improve on. Currently, it is a traditional EAC stations, but local officials want Paphos to become the first city in Cyprus to also acquire a photo-voltaic charging station, thus making bus traffic in the city entirely green and environmentally friendly.