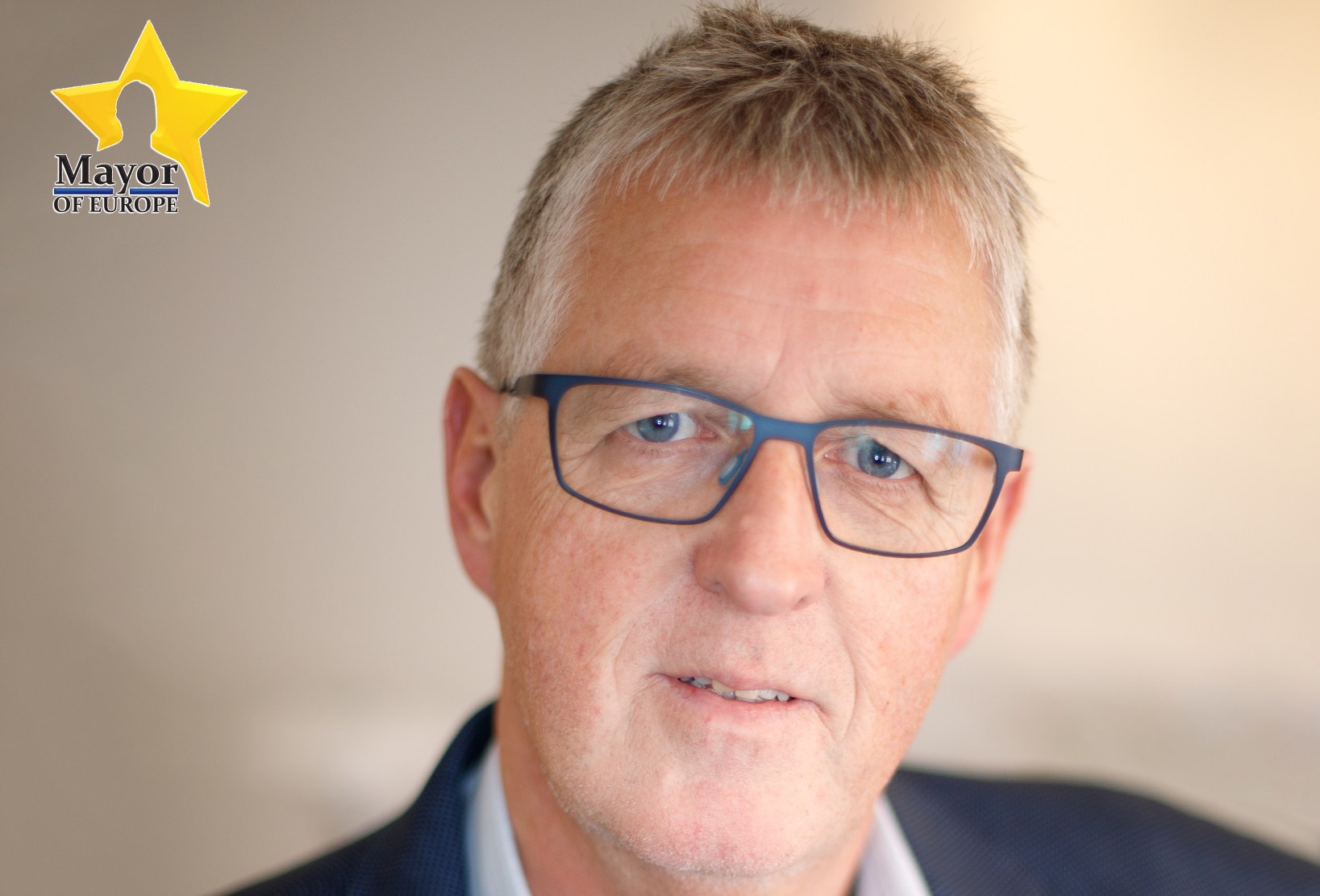 Erik Lauritzen is Mayor of Europe for August ’22 in the Energy Efficiency category.
Image: Sønderborg Kommune

Erik Lauritzen, 61 years old, was born and raised in Blansskov near Sønderborg. He is a trained farmer, agricultural technologist and financial consultant. He taught economics at Gråsten Agricultural School before becoming mayor of Sønderborg Municipality on 1 January 2014.

In 2001, he ran for election for the first time (Social Democracy) and was elected to Sundeved Municipal Council. After the structural reform in 2007, when seven municipalities were merged into Sønderborg Municipality, he continued as a city council politician, and after the 2013 elections, he became mayor. At the subsequent elections in 2017, he more than doubled his vote count and continued in his role as mayor.

Erik Lauritzen was reelected yet again in November 2021 for a period of four more years as mayor of Sønderborg Municipality.

Mr Mayor, what are the challenges that lie ahead for coastal cities on their road to climate neutrality? As one of the 100 Climate-Neutral and Smart Cities for 2030, what is the unique perspective that you bring?

Climate challenges are becoming more and more visible, also in the coastal cities. Therefore, the transition will have to go into a higher gear to live up to what the international community agreed to in Paris in 2015. Cities play a crucial role, and Sønderborg will be a role model and front runner in this process.

As one of the 100 Climate-Neutral and Smart Cities, we come with a unique master plan, that involves citizens, enterprises, shops, farmers, schools, house associations and the municipality. The Master Plan 2029 presents the overall, long-term strategy for achieving the defined development targets for the Sønderborg area.

Sønderborg is increasingly getting known as an energy solutions powerhouse. Could you describe the essence of Project Zero? Why was the year 2029 picked as the horizon?

The ProjectZero vision and project is focused on transitioning Sønderborg into a ZEROcarbon area, based on sustainable growth and creating new green jobs. Energy efficiency and energy from the area’s own renewable sources are the key means to realising the vision.

All citizens, enterprises, shops, farmers, schools, house associations and the municipality and the energy and utility companies are preconditioned key participants in the transition process. ProjectZero is based on the individual citizen and company taking increased responsibility for their own actions.

ProjectZero should motivate and make it easier to do this. It must not happen through coercion. ProjectZero helps by providing the necessary knowledge.

In 2008 and 2009 more than 75 leading Danish energy specialists analyzed the Sønderborg areas’ opportunities and challenges and created the ProjectZero 2029 Masterplan, concluding that Sønderborg can achieve ZEROcarbon by 2029.

Your global energy credentials were recently confirmed when you hosted the IEA Global Conference on Energy Efficiency. What were your main takeaways from that event?

The conference culminated in a declaration called the Sønderborg Action Plan, which we are proud to name. The plan contains strategic principles on energy efficiency and policy tools that governments can use and be inspired by.

Another takeaway is that Sønderborg is recognized as one of the leading cities in the world when we talk about the green transition. In the weeks since the conference, we have had visits from representatives from California, China and Japan who wanted to hear about our work in that field.

Another impressive feat is that the City of Chicago signed a cooperation agreement with Sønderborg with view to sharing knowledge on energy efficiency solutions. What can small-sized cities teach their much larger counterparts? Could such asymmetrical partnerships be the new way forward in tackling the climate crisis?

Through progressive regulation and a strong culture for public-private partnerships, Sønderborg has developed a platform for energy efficient solutions. Likewise, through an innovative mindset and the ProjectZero, we have positioned ourselves as a global frontrunner on making a green transition. Our experience – despite our size - can contribute to accelerating the green transition in the City of Chicago.

The cooperation agreement will serve as a key reminder of the importance of partnerships and the exchange of knowledge as we look for policy solutions to our climate goals.

Sønderborg is small compared to the rest of the world. Reducing our climate footprint is but a small part of a successful green transition on a global scale. Therefore, we want to share our experience and solutions that contribute to this transition outside of the Danish borders.

Can a small city be a global influencer in energy efficiency? Sønderborg says yes