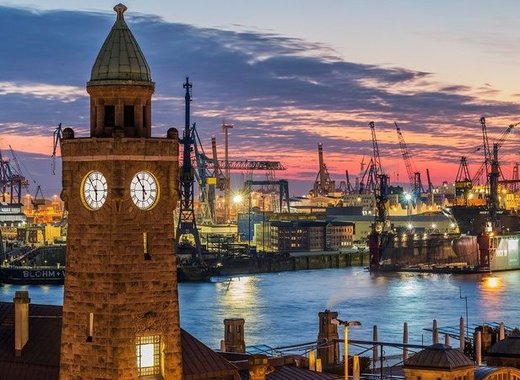 Five states in Northern Germany jointly adopted the North German Hydrogen Strategy, through which they will prioritize and promote the use of hydrogen in their respective energy transitions.

Bremen, Hamburg, Mecklenburg-West Pomerania, Lower Saxony, and Schleswig-Holstein want to make use of the region’s wind power to generate electricity in an environmentally friendly manner and then storing the generated hydrogen underground.  According to the strategy, it will later be exported through the local seaports.

Hamburg has had its sights on the potential of hydrogen for years now. Earlier this year, the city announced the construction of the world’s largest hydrogen plant in its port. With a staggering capacity of 100 megawatts electrolysis, it will surpass every plant currently in use. It transforms generated electricity into a gas fuel that can be transported and used at a later date. The potential and the opportunities presented by the project are enormous, according to local and state officials and should be made us of as quickly as possible.

Michael Westhagemann, Senator for Economics and Transport of Hamburg stated that “The issue of hydrogen is close to my heart. The hydrogen industry is to become a pillar of the energy transition and that of traffic.”.

The approach of the 5 German states should result in a capacity of over 500 megawatts becoming available in the region by 2025. By 2030, the amount should be 5 gigawatts and should be able to supply every single car registered in Schleswig-Holstein with energy. Eventually, the state governments want to create a hydrogen station filling network which will cover Northern Germany.

The ministers of the five state governments realize, however, that on their own they will not be able to achieve their ambitions in their entirety. Which is why they will be approaching the federal government for aid in developing the country’s untapped yet boundless hydrogen potential.