Germany to receive even more funding for new electric buses

An additional 300 million euros have been earmarked for the purchase 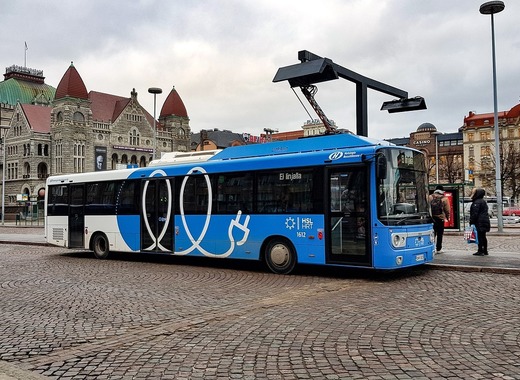 Some 300 million euros of additional funding for the purchase of new electric buses in Germany have been cleared by the European Commission, bringing the total to 650 million euros.

The state aid scheme will apply until the end of next year and will allow Germany to replace large swathes of the country’s diesel bus fleet with more modern and environmentally-friendly vehicles.

The financing will be used for the purchase not only of electric and hybrid vehicles, however, but also for the creation of charging infrastructure throughout the country.

Despite its stringent rules concerning state aid, the European Commission has given its consent to the project – in no small part because of its environmentally-friendly objectives. Not only will it promote investment in the field, but it will also help bring CO2 emissions down without necessarily distorting the market.

Furthermore, the investment would create direct benefits for citizens, as it is expected to lead to a significant reduction in CO2 emissions across German cities and streets.

The investment also aligns perfectly with the European Commission’s goal and strategy the promotion and development of low-emission mobility, more specifically the transition to zero-emission vehicles in large metropolitan and urban areas across the European Union.

Germany has proven invest to commit large amounts of money to its public transport network in order to make it not only more competitive and attractive to consumers, but also more in line with the times and changes that constantly surround us – for instance, in terms climate change.

To put matters into perspective, the federal government also recently greenlit the allocation of 1.2 billion euros that are meant to be used to support the country’s entire public transport network and services and thus contribute to Germany’s climate goals and ambitions.