Hamburg’s companies switch to cycling as part of eco initiative

Starting 30 August, every citizens of the German city is urged to forget the car and get on a bicycle 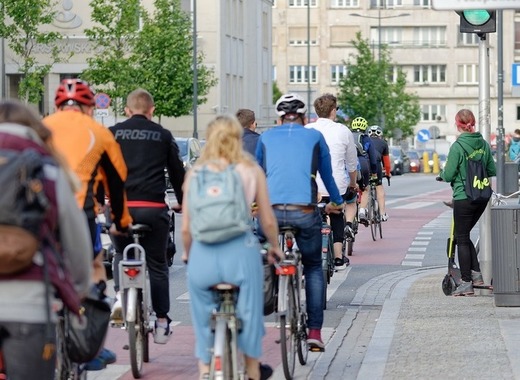 Between 30 August and 19 September, Hamburg’s companies and businesses will be dedicating themselves to fighting climate change. How? By cycling to work and leaving their cars back at home, employees would be reducing significantly their carbon footprint. Last year, efforts made by citizens stopped 90 tonnes of CO2 from entering the atmosphere – a great result, which is expected only to increase as the initiative grows in popularity.

The event itself is part of an international campaign organised by the Climate Alliance, which aims to promote cleaner air and a healthier lifestyle, by reducing the number of cars on the roads and thus protecting the climate. The event in Hamburg is organised by the Allgemeine Deutsche Fahrrad-Club on behalf of the federal Ministry for the Environment and Energy. So far over 144 teams have registered with a total of over 900 members. Officials are hoping that this year citizens will manage to break records and cycle for more than 1 million kilometers over the course of the event.

According to the local government this initiative is also the perfect way to promote cycling as the go-to means of transport. Authorities are committed to making Hamburg as cycling friendly as possible by improving bike paths and expanding the city’s bicycle fleet.