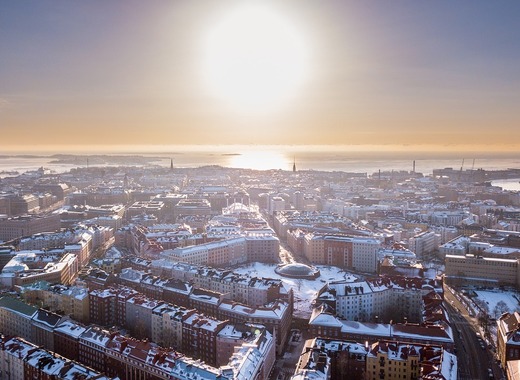 With countries around Europe reopening their economies and establishments, many of them have reached a single decision – that businesses that can operate outdoors should do so as much as possible. That would ensure the safety of customers and would circumvent the bans on indoor gatherings that have proven to be dangerous during the coronavirus pandemic.

In order to specifically support their local businesses, some cities are even taking action themselves, by finding previously unused spaces – or parts of the urban areas that held a different purpose – and giving them to cafes and restaurants so that they can spread out and maximize their commercial activities.

Helsinki’s world-famous Senate Square is also currently under consideration by local authorities for it to be turned into a venue meant specifically for outdoor commercial use. Its transformation would fit perfectly into the government’s agenda of quickly returning to normal life and resuming economic activity with as little disruption as possible.

Furthermore, should the Senate Square be used in such a manner, local officials believe it would spark an entire revival of the whole city centre. By transforming it into a permanent festival of gastronomical experience, it would give local retailers the opportunity to quickly get back up on their feet and resume activities with an increased audience.

Nonetheless, while local government officials appear eager to pursue this course as soon as possible, further planning is still needed. That is why the municipality has extended rent exemption on publicly-owned properties until the end of June, at which point it will once again mull over whether the practice should be discontinued or kept in some form or another.

Such transformative decisions in times of crisis are of paramount importance to the return to normalcy for many people whose livelihood depends on quick action – and the approach taken by Helsinki is a perfect example for the fact that no task is too big should a local government set its mind to it.