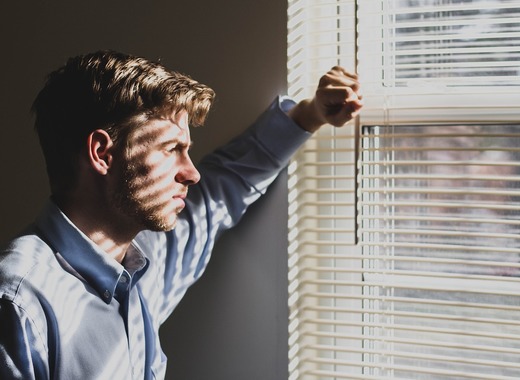 When countries around Europe declared massive large-scale lockdowns on their territories, many citizens were forced to stay at home, being barred from leaving unless they need essentials like food or medicine.

This also led to many families or couples being stuck together for a prolonged period of time, without the opportunity to go outside and spend some time alone. It also forced many citizens to stay at home with their abusers whom they have been avoiding but are now unable to do so. Such occurrences have led to a large increase in cases of domestic violence across most European countries and all of them are busy figuring out new ways to tackle the issue.

A novel approach from German regions

In Germany, however, two states have decided to not focus solely on female victims of domestic violence – rather they are shining the spotlight on men who are trapped in abusive relationships and are in need of help.

Regional authorities of the German states of Bavaria and North-Rhine Westphalia have inaugurated new hotlines specifically made for male victims of domestic or sexual violence or other kinds of abuse – such as arranged marriages and even stalking. Through them, they will be able to seek legal and psychological assistance, offered by their respective regional governments.

“… the helpline is the only and first counselling service for men affected by violence in Germany. Especially in the current situation, it is important that men also have a point of contact to whom they can turn if they have been victims of violence. In our society, the topic still receives little attention. That is why North Rhine-Westphalia and Bavaria are leading the way in protecting men affected by violence, ” stated Ina Scharrenbach, Minister for Equality of the State of North Rhine-Westphalia.

Representatives of the two governments also reached out to the other German states with an appeal for them to adopt similar measures and ensure protection for all members of society – regardless of their sex.