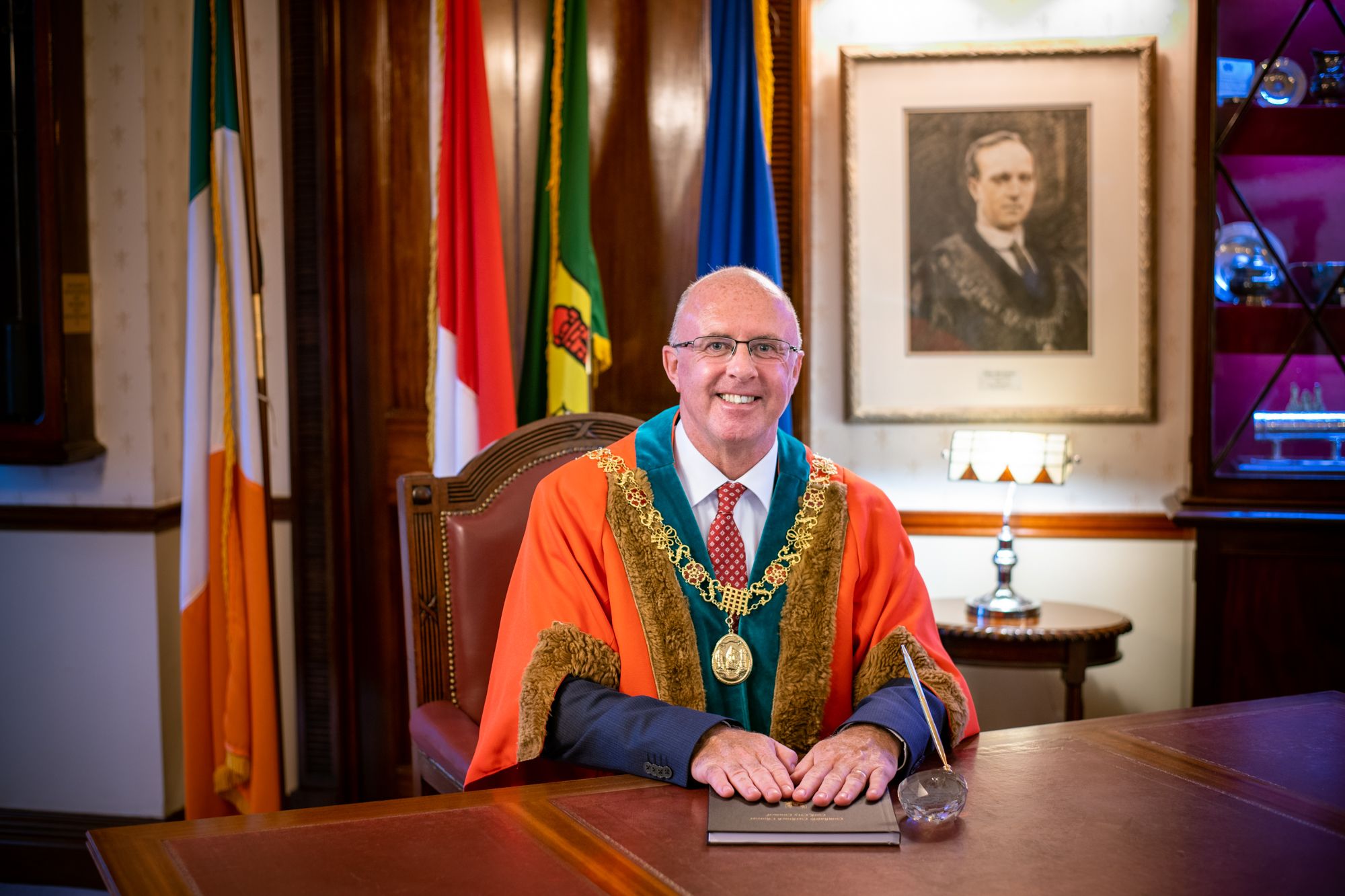 Councillor Joe Kavanagh was elected Lord Mayor of Cork at the Annual General Meeting (AGM) of Cork City Council on 12 June 2020. The Fine Gael councillor received a total of 20 votes.

His priorities for the 1-year long term are “the safe and gradual recovery of the city’s economy as we learn to live with Covid-19, a reimagined Decade of Centeneries programme and fostering environmental awareness in local communities.” He is also passionate about the environment and about keeping the city safe from littering.

Joe Kavanagh was first elected to the North East ward in 2011. He was born in Cobh, Co Cork and received his education at St Colman’s College, Fermoy. He has a degree in marketing from Cork Institute of Technology. He worked as a tennis coach for 20 years but his coaching career was cut short by an injury after which he worked in sales.

His hobbies include golf, sports, he actively participates in community activities such as his local Tidy Towns Committee. He lives in Montenotte and is married with two sons.