It is named Italy’s Capital of Culture for 2018 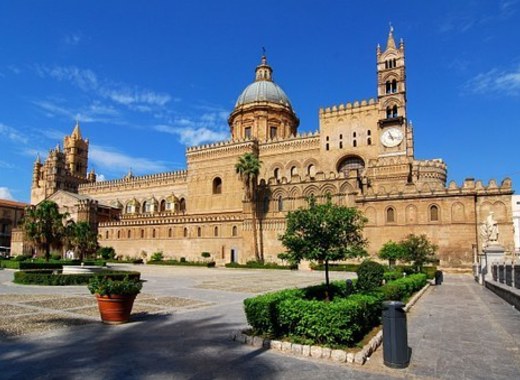 2018 it is Palermo`s big year. In addition to being named Italy’s Capital of Culture for 2018, Palermo will host Manifesta 12, a prestigious contemporary arts biennial starting June 16 and running through November 4, 2018. The theme: The Planetary Garden. Cultivating Coexistence, which will explore concepts of cultural synthesis and other contemporary topics in a city that has long absorbed the influences of settlers and invaders from three continents. Numerous exhibits are planned throughout the city, a number in Palermo's best known palazzi. One of the collateral events of note is Droog Design’s Serious Seduction – Sustainable Luxury for a New World.

Palermo is noted for its history, culture, architecture and gastronomy, playing an important role throughout much of its existence. It is over 2,700 years old. The city has a large architectural heritage and is notable for its many Norman buildings. Palermo is located in the northwest of the island of Sicily, right by the Gulf of Palermo in the Tyrrhenian sea.