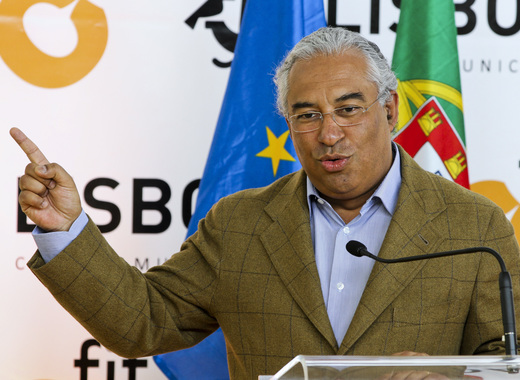 Antonio Costa has become the bane of Portugal’s centre-right. After ousting the PSD in Lisbon’s snap mayoral elections in 2007, he has managed to thwart them at every turn, depriving them of opportunities to govern, while simultaneously delivering on the expectations of millions of voters.

Who is Antonio Costa?

Antonio Costa was born on 17 July 1961 in the Portuguese capital of Lisbon. After getting his law degree from the Faculty of Law in the University of Lisbon, Costa immediately took his first steps in politics.

His first political venture was his tenure as City Councilor in the local government of Lisbon in the 1980s. After completing his mandatory military service in 1987 and after briefly practising law in the private sectors in 1988, he devotes his time entirely to politics.

Throughout the 90s and early 2000s, Antonio Costa serves in various senior governmental positions – as Minister of Justice, Minister of Parliamentary Affairs, Minister of State and Internal Administration and briefly as an MEP after the 2004 European Elections.

In 2007, following the corruption scandal involving the then-mayor of Lisbon Carmona Rodrigues, Costa resigned from all his governmental posts and declared his bid to become mayor of the Portuguese capital. He won the extraordinary elections the same year and went on to win the ones held in 2009 and 2013 – increasing his majority each time.

In 2015 he resigned from the post as Mayor of Lisbon in order to focus on his campaign to become Prime Minister of Portugal. While his Socialist Party did not manage to win the 2015 elections, Costa’s deft political manoeuvres allowed his party to form a ruling coalition, dethroning the centre-right PSD who had fallen short of a majority.

Antonio Costa has served as Prime Minister of Portugal ever since and won the 2019 legislative election by a landslide, securing over 36% of the vote for his party.

The years of the Great Recession and the Eurozone crisis were especially hard on Portugal. The financial troubles led to many cuts to public services and social spending that were unpopular among the population. Yet at the time people saw them as necessary -for the most part.

Аnd while the centre-right PSD had a firm grip on power, leading in the polls despite imposing austerity measures demanded as conditions for numerous bailouts, far-left parties were gaining traction amongst voters. Following years of austerity, the 2015 elections proved pivotal not only for Portugal but for European Social Democracy as a whole.

The Socialist Party, headed by the former mayor of Lisbon Antonio Costa, placed 2nd with 32.3% of the vote – quite a bit behind the 38.6% garnered by the centre-right. But the situation had changed drastically compared to 2011.  There was no longer a rightwing majority within the Portuguese Parliament – and the PSD had no potential partner to look towards.

Just a few weeks after being sworn in, the newly established PSD government was toppled by a vast left-leaning coalition headed by Antonio Costa’s Socialist Party. In the months prior to the manoeuvre, Costa had been negotiating a pact with the parties on the far left – the Portuguese Communist Party and the Left Bloc, who together had won nearly 19% of the vote.

Costa had managed to convince them to renounce many of their more radical pledges – leaving NATO, abandoning the Euro, tearing up the European Fiscal Compact and others. His pitch – topple the austerity government and stop the cuts to public services.

The majority that Antonio Costa managed to form surmounted all expectations. At the start, international actors were concerned – “The far left in power? That can’t possibly bode well”, they probably thought.

But instead, what happened was that under Costa’s leadership the far left was tamed and turned into a reliable coalition partner that was willing to swallow its pride for the sake of the country. Throughout his first mandate, Prime Minister Antonio Costa managed to record Portugal’s lowest deficit since the dictatorship of Antonio Salazar – he successfully combined the scrapping of harsh austerity measures with fiscal compliance that calmed the country’s foreign partners.

What is more, Antonio Costa proved that a left-leaning coalition has a chance in modern European politics – something that was all but forgotten at the time. With Social Democracy across the continent on the decline, Costa’s success was a rallying call for leftist politicians. One after another they travelled to Lisbon seeking advice and guidance on how to win an election from the city’s former mayor. So far, however, no one has managed to replicate Antonio Costa’s success to the same extent.

Costa’s unbridled economic success is not the only thing that has been keeping his ratings soaring, however. While for the most part his success has been largely based on Portugal’s rapidly improving economic prospects, he has been quite lucky when it comes to his opposition in parliament.

That is none other than another one of our Major Mayors – Rui Rio. His chairmanship of the PSD has been a blessing for the Socialist government for two main reasons. On the one hand, Rio has been spending far too much time on keeping his position and fighting off more radical elements within his own party. Infighting in any organisation or institution is bound to make it less effective.

On the other hand, Rio has been more than forthcoming towards Costa, helping the incumbent Prime Minister along with some key votes on labour and municipal reform, EU policy and others. And while that has earned Rio many enemies in his own party, the government of Antonio Costa is undoubtedly thankful for his support.

On the contrary. In 2019, for the first time in nearly half a century, a Portuguese government has managed to deliver a budgetary surplus. Costa’s administration has been diligently improving the country’s economy while at the same time making social spending a key pillar of its policy. Antonio Costa has also substantially managed to improve Portugal’s international standing, taking the lead alongside his colleague Pedro Sanchez during the negotiations for appointing a new Commission last year. Costa also managed to secure a vast and lucrative portfolio for Portugal’s Commissioner – Elisa Ferreira, now serving as Commissioner for Cohesion and Reform.

With wind in his sails, Lisbon’s former mayor is currently on the right track to keep on going – but will it last? All that remains is to wait and see.