From Spain to France, from French mayor to French Prime Minister to city councilor in Barcelona – the story of Manuel Valls 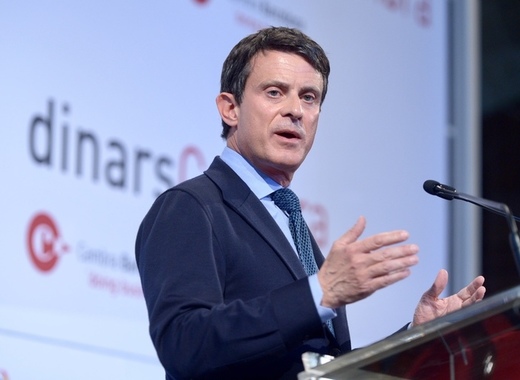 This week we take a look at Manuel Valls– former mayor of Évry, former French Prime Minister and would-be mayor of Barcelona.

Who is Manuel Valls?

Manuel Valls’s life has come full circle. He was born in Barcelona while his parents (A Spanish-Swiss couple) were there on holiday. He has lived out most of his life in France, at the family’s home. In 1980, at the young age of 17 he joined the French Socialist Party. For a long time, he filled many supporting roles, assisting the Party’s heavyweights. In 2001  he was elected mayor of Évry, where he served until 2012, when he was chosen by French president Francois Hollande to become Minister of the Interior. In the wake of a major cabinet reshuffle following the disastrous results of the French local elections of 2014, he was appointed Prime Minister of the country.

In 2017 he lost the Socialist Party’s presidential nomination and subsequently endorsed Emmanuel Macron, stating that his party is “dead”. In late 2018 he resigned from his political posts in France and declared his ambitions to become mayor of Barcelona. There he banded together with the centrist party Ciudadanos but ended up supporting far-left candidate Ada Colau in her mayoral bid in an order to stop separatist candidates from winning the post.

Talk about a turbulent career.

Stating that Manuel Valls’ tenure as mayor of Évry was a success would be a vast understatement. He won two consecutive terms and governed between 2001 and 2012 and it’s here where he made the first steps of his political ascendancy. During his mandates he embarked on major renovations campaigns, turning the city’s most backwards districts around. By investing millions in successful renovation initiatives, Valls secured the 2005 title of Local Representative of the Year. Thanks to his efforts, Évry became the safest Socialist stronghold in the country during the 2008 local elections. Said elections were considered an absolute disaster for his party – but he won 70.3% of the vote in the first round – the highest result in all of France.

His achievements in Évry were eventually recognized on the national level by socialist president Francoise Hollande, who asked Valls to serve as his Minister of the Interior and later his Prime Minister.

While on paper Manuel Valls might have been considered a socialist, his ideological commitment of the cause was never explicit. Quite the opposite – he represented the party’s right and centrist wings, being dubbed the “Le Sarko de la gauche" – the left’s Sarkozy. His stances on individual responsibility and solidarity as well as his open admirations for prominent Third Way-ers like Tony Blair or Matteo Renzi, put him in the unfavourable position of being widely disliked by the Socialist Party’s leftwing base.

All this, however, helped him immensely when the Socialist Party under Hollande was faced with the prospects of absolute extinction. While his boss’ presidency was going up in flames, Valls’ premiership was enjoying far wider support. His tougher stances on migration and terrorism allowed him to at least survive the in the final years of the French Socialist Party – something very few of his now ex-colleagues can boast about. His failure to win the party’s nomination prior to the 2017 presidential elections spared him from a dismal fate, letting him fight another day. After declaring his support for Emmanuel Macron, the new president’s party did not put up a candidate in Valls’ constituency, letting him win a seat in the national parliament as an independent.

The demise of the French Socialist Party did not spell the end for Manuel Valls. During the party’s twilight years, he turned his perceived weakness (the lack of leftwing ideological commitment) into his strength, managing to outlive many of his former rivals.

Nothing compares to going back to your roots. For Manuel Valls this meant not only heading back to his birthplace, but also aiming for the position which put him at the forefront of French politics. In 2018 he announced he would be running in the local elections in Barcelona, seeking to become mayor of the city.

Easier said than done. After establishing his own local party in Catalonia, Valls quickly found a kindred spirit in the leader of the rapidly rising centrist Ciudadanos – Albert Rivera. The two not only shared an ideology and birthplace, but also a great disdain for Catalan separatism. A match made in heaven. Yet Valls’ own party Barcelona pel Canvi (BCN Canvi) never managed to win enough clout with voters, while Ciudadanos kept stumbling from problem to problem everywhere throughout Spain. The romance was not meant to last.

Valls and Ciudadanos managed to win 6 of the 41 seats in the City Council of Barcelona – a far cry from what was needed for their mayoral ambitions. The dismal result pretty much spelled the end for the bromance. Valls and two of his colleagues decided the best way for them to stop a separatist candidate from becoming mayor of the Catalan capital was to endorse the far-left’s Ada Colau – a bitter rival of Ciudadanos, which prompted Albert Rivera to announce the end of their partnership. This further isolated the leaders of the Spanish liberals who had been increasingly coming under fire for entering government with the support of the far-right.

From mayor of Évry, to Prime Minister of France, to a City Councilor in Barcelona, Manuel Valls’ pragmatic approach to politics has served him well. By not embroiling himself in ideological power-struggles, he has always managed to come out on top and now his story has come full circle, taking him back to a position where he is as close to the citizens as possible. After shaping world politics and navigating France through some of the country’s toughest years, Manuel Valls fought hard to get to the place where his contribution will make the most difference to citizens’ lives, to the place where he maybe truly belongs – in a town hall.