No fireworks in city centres across Germany

Berlin, Hamburg and Munich have introduced new pieces of legislation restricting the use of fireworks in the lead-up to New Year’s Eve 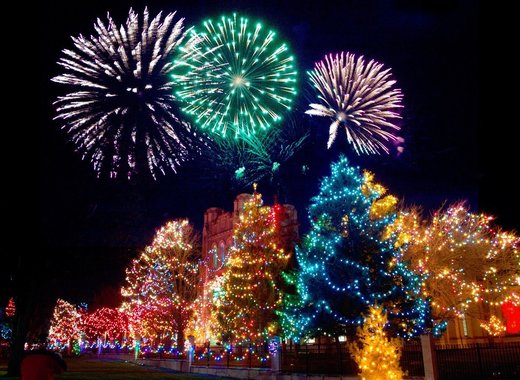 German cities are acting on the dangers and inconveniences posed by the use of fireworks at large gatherings. The cities of Berlin, Munich and Hamburg have introduced new pieces of legislation that aim to make city centres safer and more welcoming for locals and visitors on New Year’s Eve.

The measures in Hamburg

The improper handling of fireworks has undergone an upward trend over the past few years, according to Hamburg officials – more and more people are getting injured and it is getting harder and harder for security forces to retain control over the crowds.

A combination of large crowds, inattentive party-goers and large amounts of alcohol undoubtedly spells trouble. Last year alone, 5 police officers were injured during New Year’s Eve celebrations, as well as a 7-year-old child and a 16-year-old.

To prevent similar incidents, local authorities are banning the use of fireworks in the city centre – more specifically at Jungfernstieg and are increasing the number of police officers who will be attending the holiday celebrations.

The measures in Berlin

Hamburg is far from the only city aiming to exercise some manner of control over the celebrations. In Berlin, a partial ban on the use of fireworks was introduced way back in January. People are no longer allowed to launch projectiles in Schöneberg, the Pallasstraße area, and at Hermannplatz.

These measures were adopted in response to last year’s New Year’s Eve “street battles” between citizens and law enforcement personnel. During the fights in 2018, 40 attacks were carried out on police officers.

The measures in Munich

Just a few weeks ago the local government of Munich adopted new measures banning fireworks and firecrackers from the city centre and pedestrian areas. Breaching the new regulations could lead to hefty fines of up to 1000 euros or even arrest.

The local government justifies its hard stance on the use of fireworks by quoting last year’s figures of reported injuries caused by their use. Not only that, but they also state that fireworks are especially environmentally polluting, significantly increasing the number of fine dust particles in the air on New Year’s Eve and creating large amounts of garbage that is hard or even impossible to recycle.